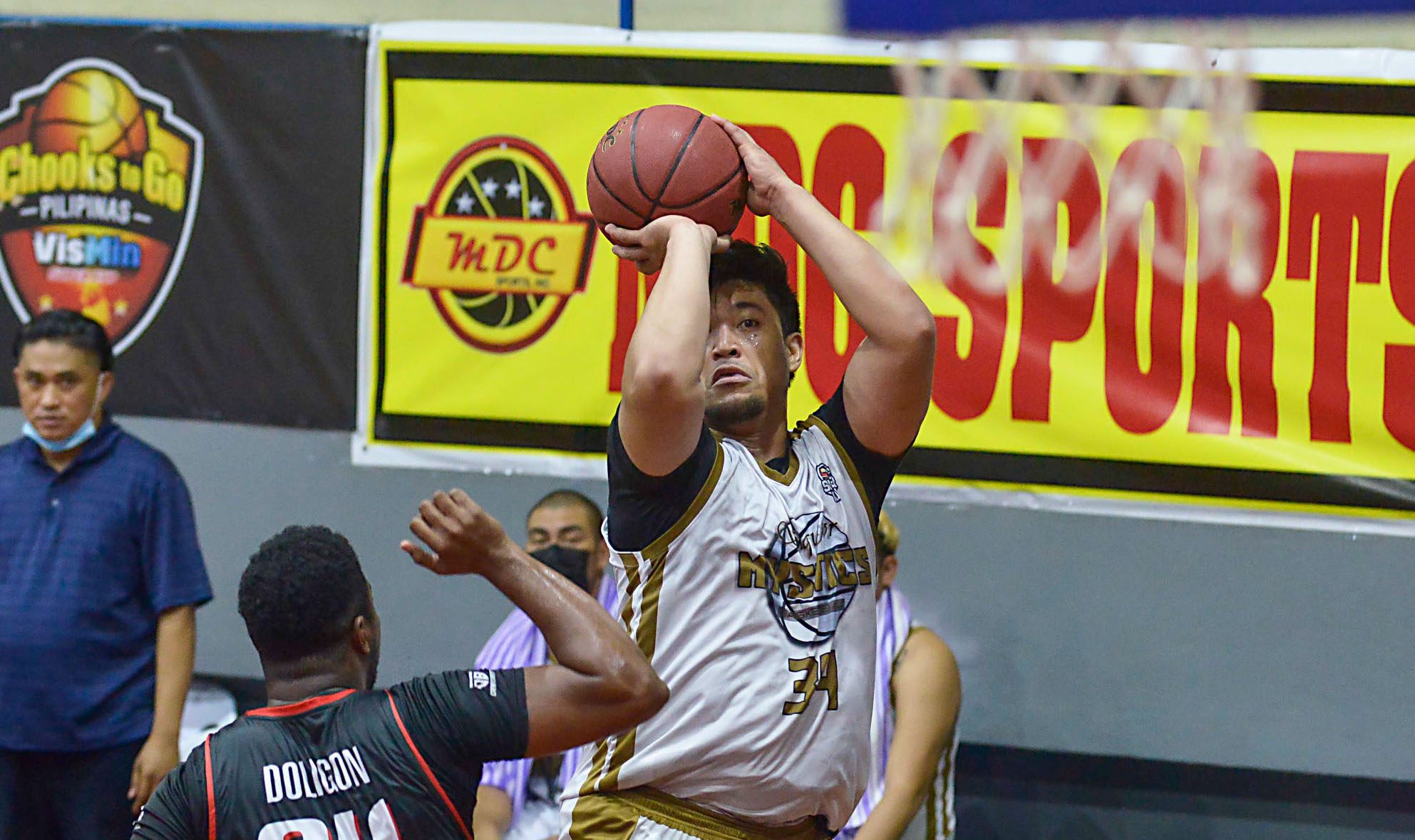 BANNED. The Siquijor Mystics players, bannered by Ryan Buenafe, can no longer suit up for any team in the league.

Facebook Twitter Copy URL
Copied
'We hold ourselves and each of our players to a high standard. Thus, we will not tolerate these actions,' says league chief operating officer Rocky Chan

VisMin Super Cup wasted no time and officially expelled the Siquijor Mystics from the league and sanctioned several ARQ-Lapu Lapu Heroes players and coaches on Thursday, April 15, one day after their controversial game.

In addition to banning all Siquijor players and coaches after an investigation by the Games and Amusements Board (GAB), league chief operating officer Rocky Chan has levied a P15,000 fine on 6 Lapu Lapu players with varying suspensions as well.

Lapu Lapu head coach Francis Auquico has been handed a P30,000 fine while the rest of his staff have been fined P20,000 each.

Chan revealed that the decision was finalized as early as 9 pm last Wednesday, April 14, just a few hours after the Siquijor-Lapu Lapu game was canceled. The league has since forfeited all Siquijor games.

“We hold ourselves and each of our players to a high standard. Thus, we will not tolerate these actions,” he said.

“We will enforce this by releasing a memorandum to all member teams that we will be fining teams who do the same actions in the future P1 million along with expulsion from the league.”

The Chooks-to-Go-backed upstart pro league has only been in official competition for 4 days in a bubble setup in Alcantara, Cebu prior to the alleged fixed game that went viral on social media almost immediately after its cancellation.

“We would also like to apologize to our fans, our sponsors, and to the entire basketball community for this unfortunate incident,” Chan continued.

“The goal of VisMin Super Cup is to serve as an inspiration for the youth in our region to play the game we love the most. We assure this incident is an isolated case.”

VisMin games are scheduled to resume on Friday, April 16. – Rappler.com