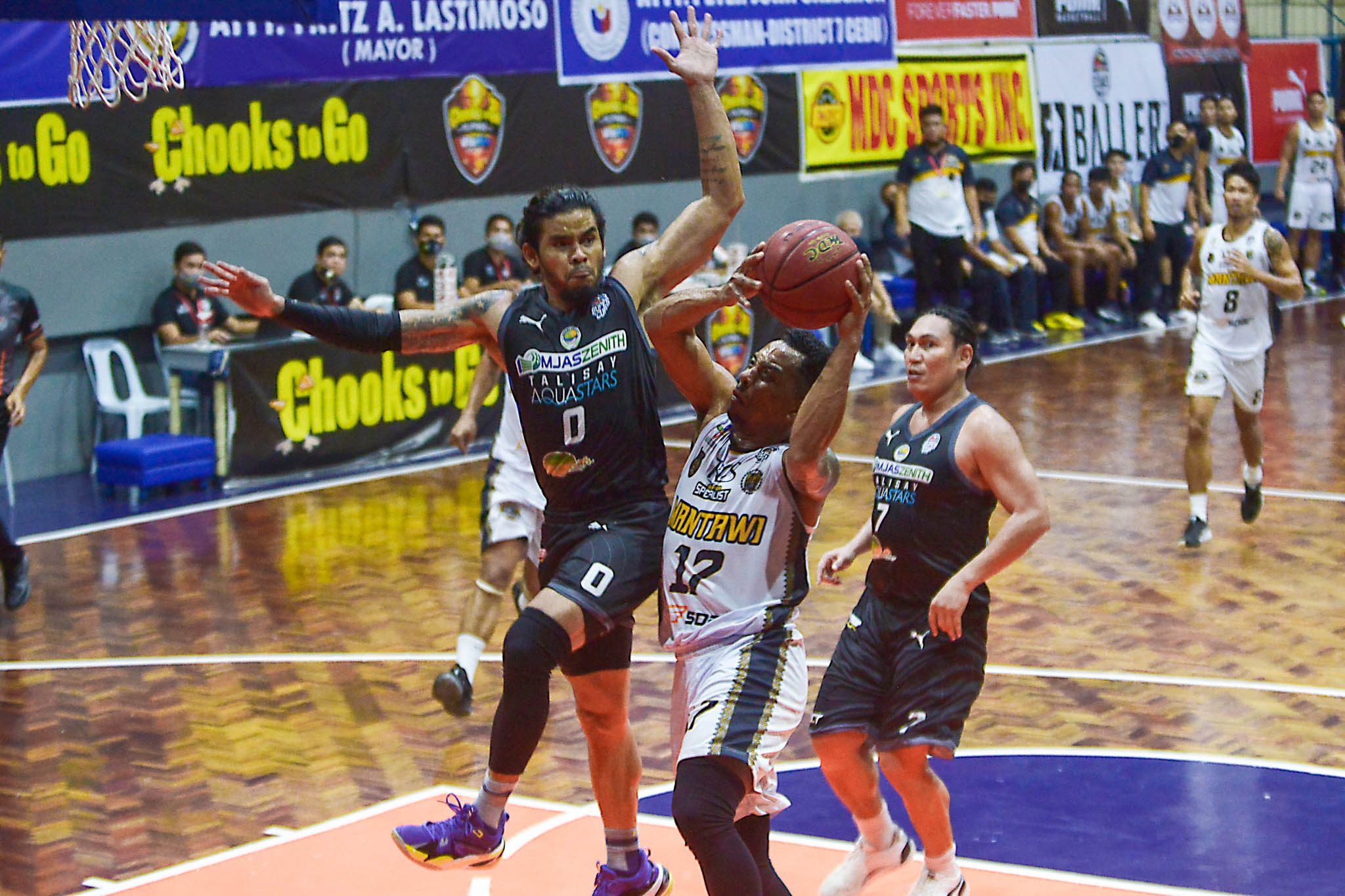 Facebook Twitter Copy URL
Copied
After a heartbreaking Game 1 loss, Talisay City digs deep to turn the game around against Mandaue and force a winner-take-all

MJAS Zenith-Talisay City sent the Visayas finals of the Chooks-to-Go Pilipinas VisMin Cup to a winner-take-all Game 3, edging KCS Computer Specialist-Mandaue, 63-56, on Saturday, May 8 at the Civic Center here.

Sent to the brink of disaster after losing Game 1, 66-67, the Aquastars looked out of it as they wasted a strong start and trailed, 41-48, early in the fourth period.

However, the tide turned after Mandaue’s defensive specialist Ping Exciminiano exited the game with 8:38 to go because of an apparent leg injury.

However, Mandaue kept within striking distance and was within three, 56-59, after Gryann Mendoza split his charities with 1:19 remaining.

Hubalde then extended Talisay’s lead to five, 61-56, by making a pair from the charity stripe after getting bumped off a pick and roll by Mandaue big man Bernie Bregondo.

Mandaue had several shots to trim the deficit but Shaquille Imperial and Mendoza missed several good looks from beyond the arc.

The nail on Mandaue’s coffin got hammered in by Menina, who picked up a loose ball after Mendoza slipped and went all the way for a layup to give the Aquastars a 63-56 lead with just 14 ticks left in the ballgame.

(The boys showed heart, they didn’t want to lose. They showed character coming off a loss last night.)

Talisay and Mandaue will battle for all the marbles in Game 3 on Sunday, May 9. Tip-off is at 7 pm.

“Sabi nga nila, you throw all the stats out of the window sa Game 3. We just have to focus mentally dahil ang goal talaga namin dito sa bubble is to win the championship,” said Morante.

(As they say, you throw all the stats out of the window in Game 3. We just have to focus mentally because our goal really in this bubble is to win the championship.)

Menina, a CESAFI Mythical Five guard, led Talisay City with 15 points, 5 rebounds, and 5 assists, while Hubalde, who was noticeably more aggressive on the offensive end, had 11 points, 6 boards, 4 assists, and 2 steals.

Exciminiano paced Mandaue with 14 points, 8 rebounds, 2 dimes, and 3 steals while Rhaffy Octobre and Mendoza chipped in 11 markers each, the latter piling on 13 rebounds, 7 assists, and a blocked shot.

Game 1 hero Shaq Imperial was limited to just 4 points on 1-of-7 shooting and 3 turnovers.