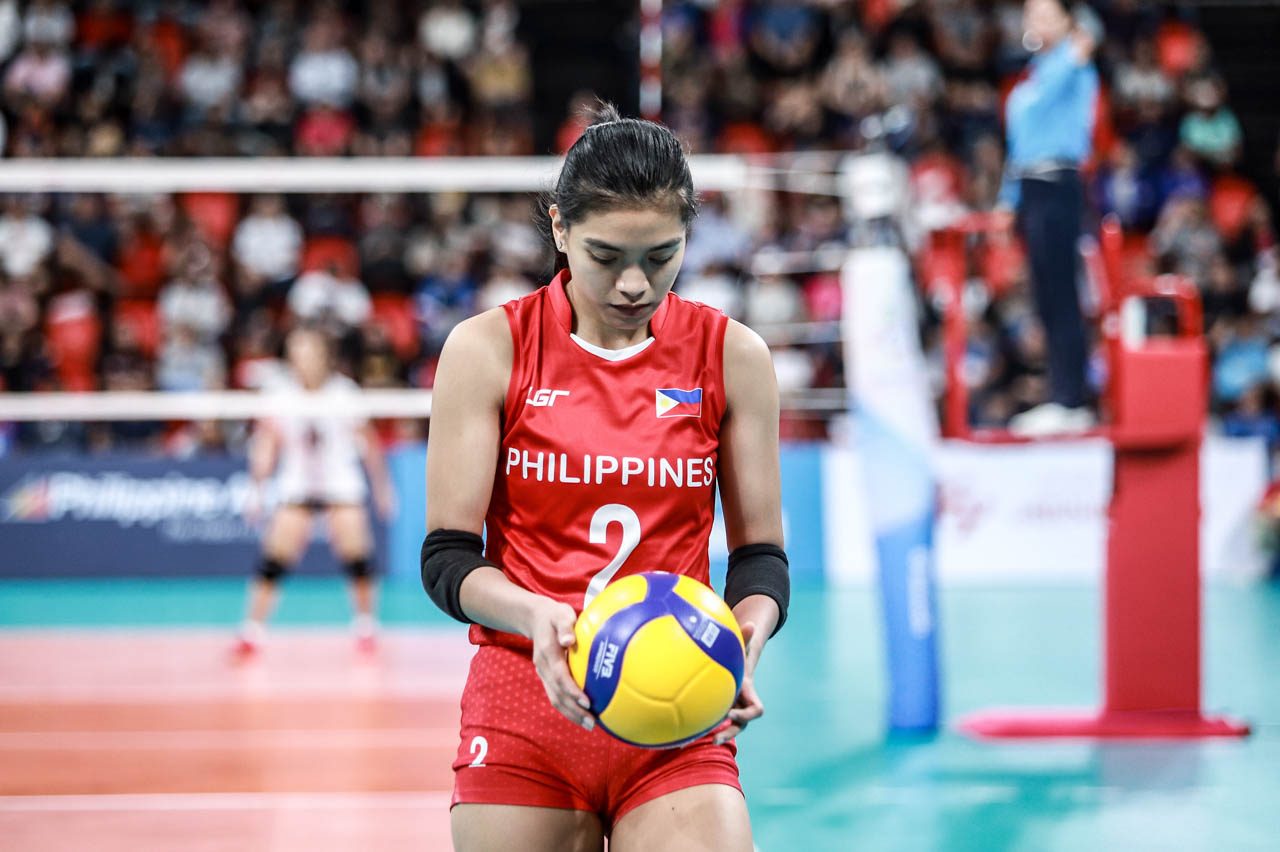 BACK IN ACTION. Alyssa Valdez prepares to serve in the Philippines-Thailand match in the 2019 SEA Games.

This comes after the longtime college and professional teammates were controversially excluded from the pool for the 2021 Asian Women’s Club Volleyball Championship due to the federation’s search for “younger and taller” players.

Now with Valdez and Morado back in the mix, the national team will be bannered by old reliables like Jaja Santiago, Aby Maraño, Kalei Mau, and Dindin Santiago-Manabat as the team builds up for the Southeast Asian Game in Hanoi, Vietnam this May.

Here’s the complete roster, with the PNVF releasing hours later that Merry Rose Jauculan should have been included in the beach volleyball lineup instead of Baby Love Barbon:

PNVF president Ramon “Tats” Suzara said the coaching staff recommended additional pool members as several collegiate players won’t be available during the training and competition for the SEA Games set from May 12 to 25.

“It’s unfortunate that our promising young players from the collegiate leagues couldn’t join the pool, and the SEA Games for that matter, because their respective leagues are resuming their competitions before the Hanoi Games,” said Suzara, noting the absence of several UAAP and NCAA standouts.

Souza de Brito selected the new members of the pool.

Only 14 indoor volleyball players will be picked for each gender in the final SEA Games roster, while four men and four women – two teams each – will be named for beach volleyball.

The final list of names must be submitted to the Hanoi SEA Games organizers by March 12.

The men’s indoor volleyball team made headlines in the 30th SEA Games hosted by the Philippines in 2019 after it dethroned the mighty Thais in the semifinals, and ultimately settled for a historic silver medal finish after losing to Indonesia.

Both beach volley teams took home bronze in the biennial meet while the women’s indoor volley team finished out of the podium in the four-country race. – Rappler.com