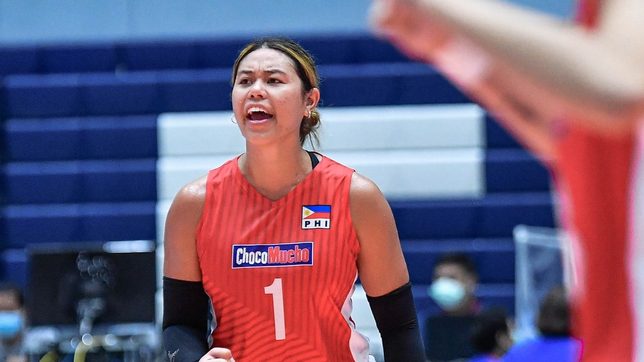 WINLESS. Choco Mucho ends the preliminary round with no wins from its two matches.

Choco Mucho dropped to the bottom of Pool A with a loss to Kazakhstan’s Zhetysu in the 2021 Asian Club Volleyball Championships on Saturday, October 2 in Nakhon Ratchasima, Thailand.

This gives Choco Mucho the No. 3 seed in Pool A heading into the quarterfinals, which will kick off on Monday, October 4.

Zhetysu kicked off its maiden campaign in the Asian tilt with 8 errors – 5 of them from service – in the first set, allowing Choco Mucho to size up to the multi-titled team. The Kazakhs, though, soon regrouped and narrowly claimed the opener, 25-22.

Early in the second frame, Choco Mucho continued to stay within reach of Zhetysu after back-to-back kills from spikers Mylene Paat and Tin Tiamzon to knot the score at 16-all.

But the Kazakhs found their groove and managed to pull away to a seven-point lead towards the end of the second set, 23-16.

Zhetysu exerted mastery over Choco Mucho in third set as the Kazakhs built their largest lead of the game at nine points, 20-11 and denied the Philippine club of a comeback bid. – Rappler.com