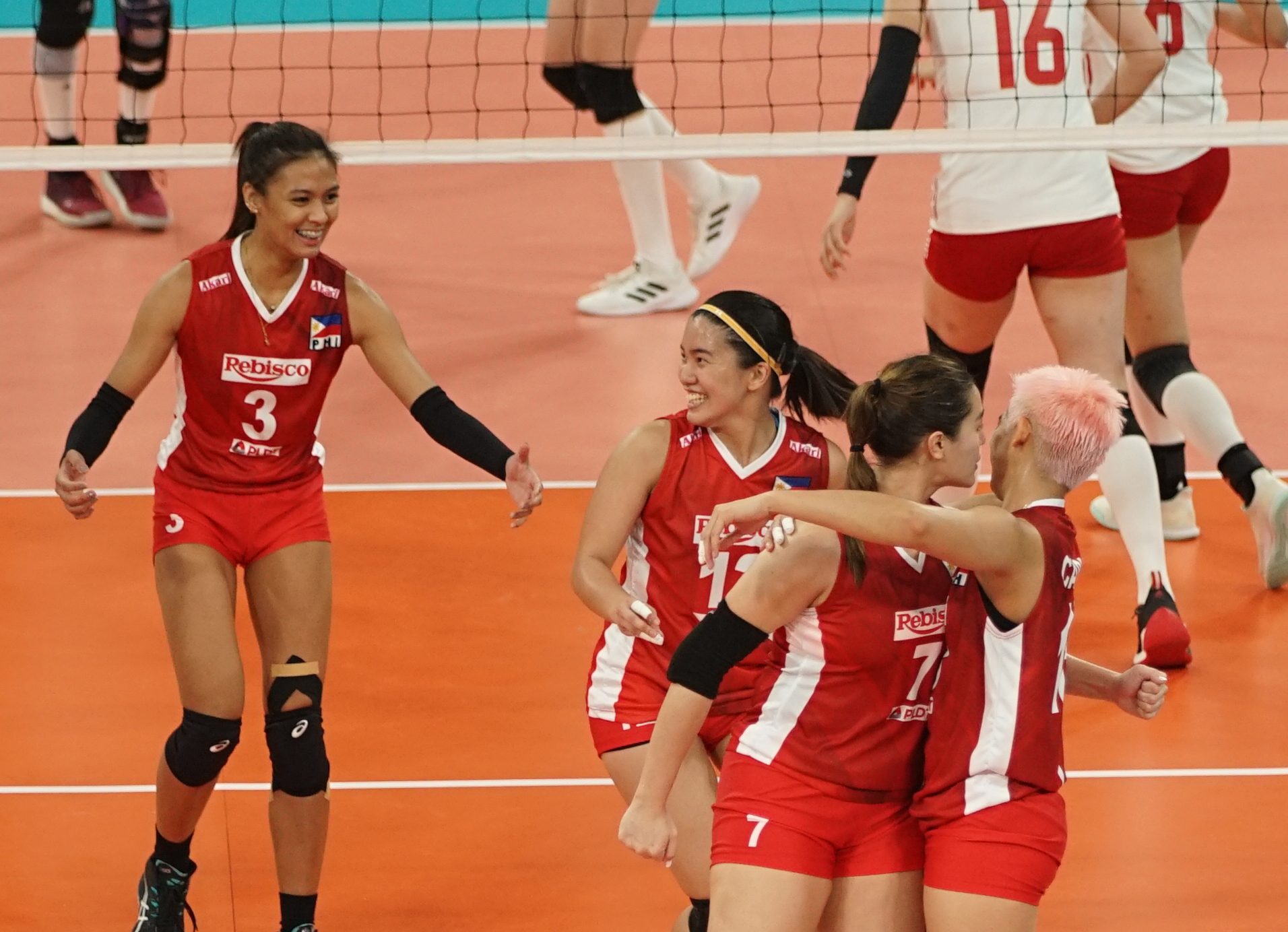 MANILA, Philippines – China continued its undefeated run at the 2022 Asian Volleyball Confederation (AVC) Cup for Women, but not before the Philippine women’s volleyball team made their foes work for every point in a 25-16, 25-22, 25-20 sweep at the PhilSports Arena on Tuesday, August 23.

With the win, the Chinese rose to a 3-0 record to secure solo first place in Pool A, while the Filipinas settled for a 0-2 slate. The five-time AVC champions were led by Mengjie Wu’s 24 points – including 11 in the first set alone – off 23 attacks and 1 ace.

Following a 9-point first-set loss and an 11-14 deficit in the second, the Philippines – now led by star setter Jia de Guzman for the first time in three years – stayed composed and rose to an 18-all tie off a 7-4 run.

The hosts’ fighting rally continued until a 22-all tie off a 3-0 burst capped by a Michele Gumabao ace, but the Chinese answered with a 3-point spurt of their own for the tight 25-22 finish.

Team Philippines refused to give up in another tightly contested third set and even peaked with a 12-8 lead off a 6-0 rally.

Although the feisty Filipinas kept up their offensive run until an 18-15 lead off a Tots Carlos off-the-block hit, the Chinese shifted to a higher endgame gear to finish off the home team with a kill and block-filled 10-2 run.

After a quiet 9-point national team debut against Vietnam, Carlos led the way this time with 15 points off 13 attacks and 2 aces, while Michele Gumabao and Jema Galanza scored 11 apiece.

De Guzman also had 5 points as she completely took over the starting setter duties despite coming off a health-related issue. However, her playmaking efforts weren’t quantified as the AVC does not record non-scoring stats.

After unexpectedly pushing favored China to the limit, the Philippines now heads to its next match against Iran on Wednesday, August 24, with much-needed momentum in the midst of a short turnaround in the tournament’s pool phase. – Rappler.com