MANILA, Philippines – No green, no blue, no rivalry. Purple is the only color in town.

And immediately, the new recruits have their eyes on the crown as they share the floor with former Ateneo Lady Eagles Kat Tolentino, Maddie Madayag, and Bea de Leon, who led the Flying Titans – known for their trademark purple jerseys – to a top 4 finish in the last conference.

Despite their intense duels against the Lady Eagles, Ogunsanya and Cheng said in an episode of Rappler Talk that they are ready to compete with their former collegiate rivals as they open a new chapter in their professional career.

“Siyempre school pride, ang mindset namin is to always beat Ateneo,” Ogunsanya said. “Pero this is pro league na po. Yung goal is to share ideas and to share our talents sa bagong teammates ko ngayon. And I’m excited din to grow as a player and learn from my teammates.”

(Of course, our mindset is to always beat Ateneo because of our school pride. But this is a pro league. Our goal is to share ideas and talents with our new teammates. I’m also excited to grow as a player and learn from them.) 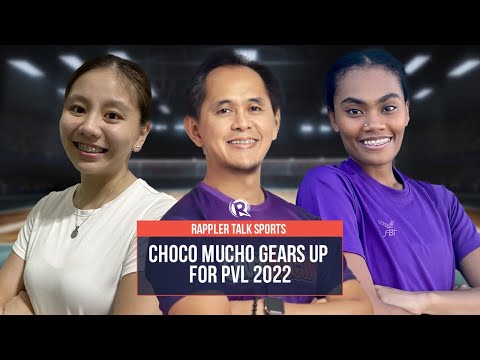 Aside from their new teammates, Ogunsanya and Cheng, who played under multi-titled coach Ramil de Jesus in La Salle and F2 Logistics, will also adjust to a different system with their new mentor and Ateneo head coach Oliver Almadro.

(We have different strengths and talents, so I’m excited to play with them.)

Almadro has no doubt that the former Lady Spikers will fit perfectly in his system.

“Looking at them during their college days and with their former club team, I know that their character will fit in the system that we have,” Almadro said.

(Before, you can see them shouting from the opposite side of the net. But now, they’re sharing their talent with each other. It’s nice to see these players with championship experience teaming up.)

Choco Mucho will also have Isa Molde, Jem Ferrer, and Cherry Nunag for the upcoming conference, which will start on March 16.

Almadro expressed satisfaction with the team’s offseason roster moves and believes his players will elevate each other with their grit and passion for the game.

“We really got the pieces that we need going in the direction that we want. And we build our team according to the character of the core of the team,” Almadro said.