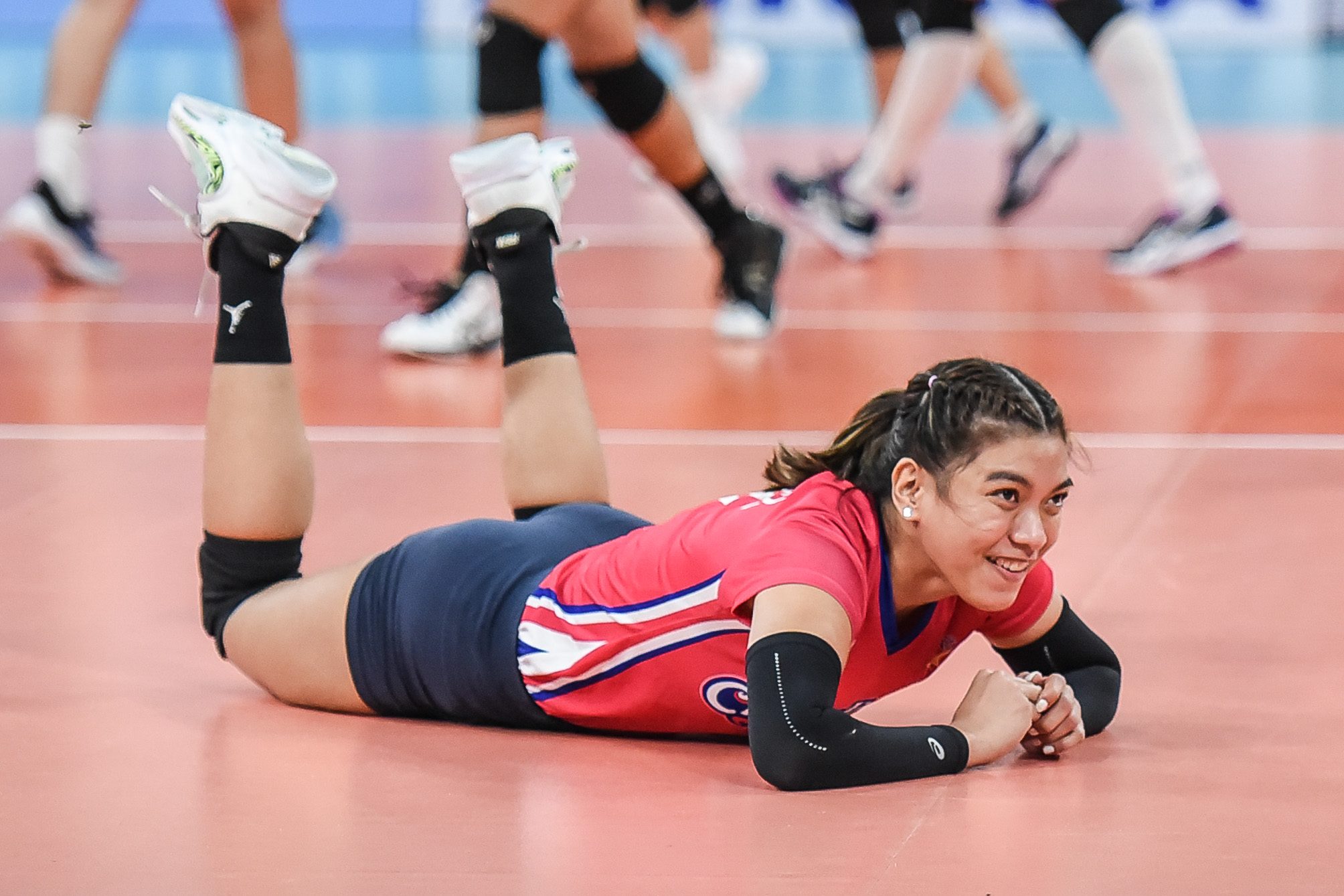 ALL IS WELL. Alyssa Valdez smiles after a dig attempt at the 2022 PVL Reinforced Conference

“Creamline Cool Smashers management would like to inform everyone that after reviewing the MRI results, doctors have advised several weeks of rest and rehabilitation for our captain. Thank God that no surgery will be needed,” the statement read.

“Management will ensure that Alyssa gets the best possible care and treatment for her to come back stronger in due time. We thank everyone of the love and well-wishes. Let’s continue to keep Alyssa in our prayers.”

Valdez landed very awkwardly on her right knee during a dig attempt early in the third set with Creamline up, 6-3.

The three-time PVL MVP stayed where she landed crying out in pain and writhing around before she was helped by teammates and team staff to the bench, where she continued to visibly wince.

Creamline superstar Alyssa Valdez goes down in noticeable pain after an apparent right knee injury on a dig attempt versus Chery Tiggo.#PVL2022 pic.twitter.com/0T348OjWcF

Although the team reportedly told her to get her knee checked in a hospital immediately, Valdez opted to stay until Creamline completed the four-set win. She was then assisted off the venue in a leg immobilizer.

Alyssa Valdez still flashes her usual smiles as she walks away in a leg immobilizer after injuring her right knee in the third set of Creamline's bronze-clinching win over Chery Tiggo.#PVL2022 pic.twitter.com/FSyW6mqLoU