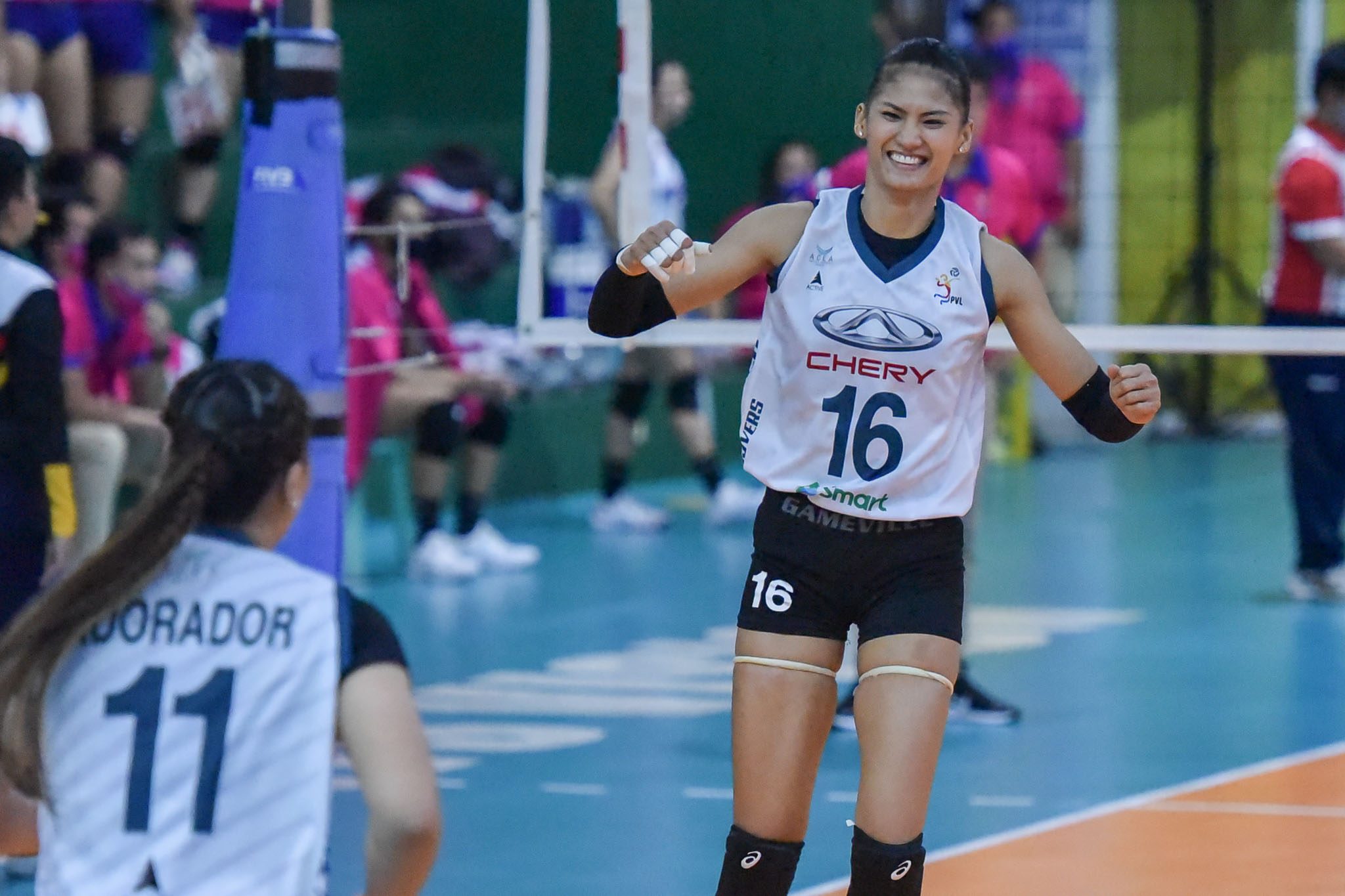 The team welcomed the Philippine national team mainstay on social media as it prepares for the second round of the league’s 17th season.

Manabat last played in the Philippines at the 2021 PVL Open Conference bubble in Ilocos Norte, where she and her sister, current Saitama Ageo Medics import Jaja Santiago, led Chery to a PVL Finals dethroning of the Creamline Cool Smashers.

Playing in her seventh straight game day at the time, Manabat steered Chery from a 0-2 Game 3 deficit to stun the three-peat-seeking Creamline in five sets.

The 28-year-old blocker/hitter fired a conference-best 32 points while her younger sister Jaja dropped 26 to earn the title.

She then led a group of national team youngsters in the 2021 Asian Women’s Volleyball Club Championship held in Nakhon, where her Team Rebisco finished last in the seven-team field.

As for her overseas stints, Manabat previously had stops in Japan with the Toray Arrows and the Kurobe Aqua Fairies prior to the pandemic.

In a report by Spin.ph, Chery management confirmed that both Manabat and Paat will be back for their 2022 title defense bid set to tentatively start around March.

Nakhon, currently holding a 4-3 record, will resume action on Saturday, January 29, against the Khonkaen Star. – Rappler.com