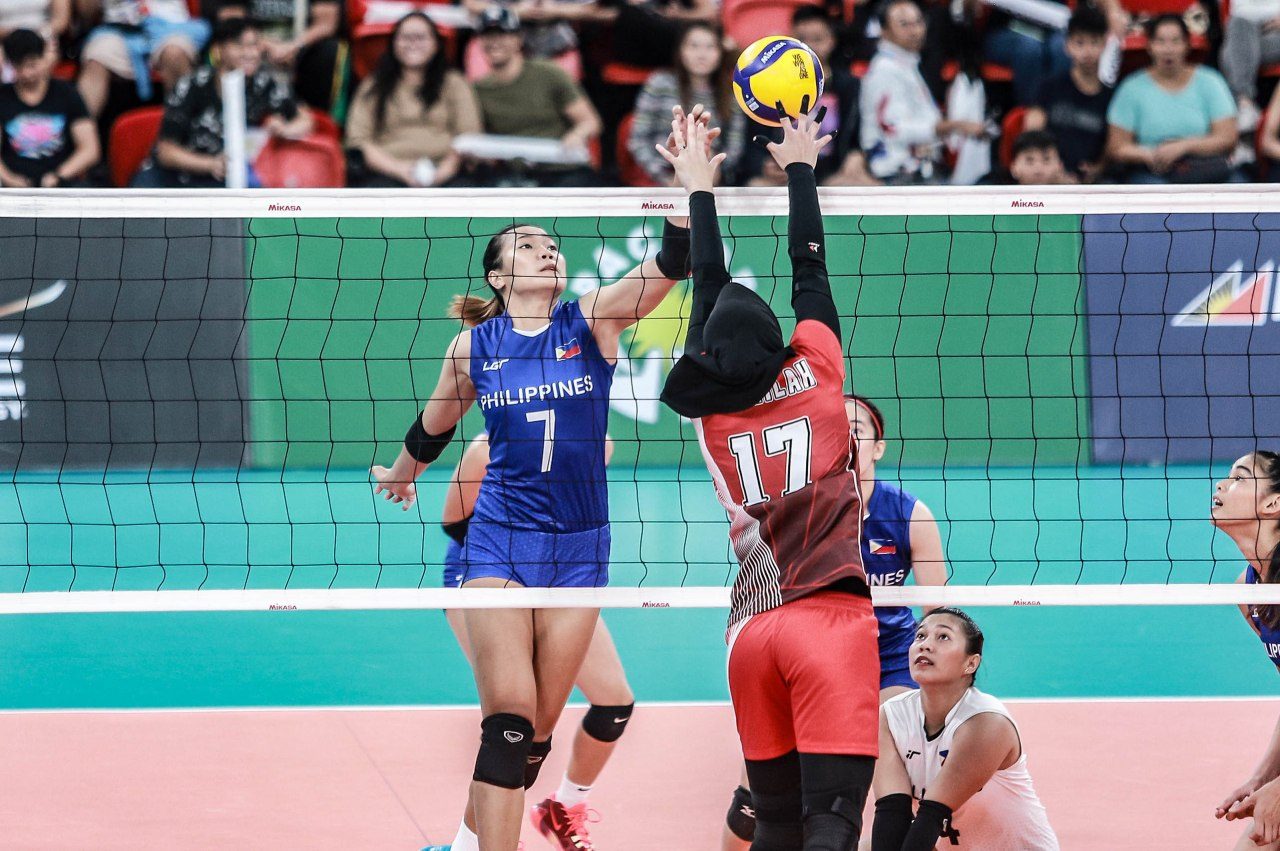 COLLAPSE. Mylene Paat tries to save the team's campaign as Team Philippines suffers a fourth-set meltdown.

MANILA, Philippines – Indonesia rode an endgame rally for the ages as it clinched the 31st Southeast Asian Games women’s volleyball bronze medal with a 25-21, 22-25, 25-19, 25-21 win over the Philippines in Hanoi, Vietnam on Saturday, May 21.

As the Filipinas already looked poised to force a fifth-set decider after mounting an 18-12 lead in the fourth, Ratri Wulandari came out of nowhere with a massive scoring rampage that powered a 10-0 Indonesia run for the sudden 22-18 advantage.

Mylene Paat did what she can to salvage the unraveling Filipina side, but lead scorer Megawati Pertiwi sealed the podium return with a definitive kill shot for the 25-21 win.

The fourth-set run ultimately became a worse version of a similar meltdown by the Philippines in the third. After Jaja Santiago, Ces Molina, and Jema Galanza sparked a rally to inch within 18-19, the Indonesians responded with a 6-1 finishing kick to take the pivotal 2-1 advantage heading to the fourth.

The Filipinas’ lone shining moment came in the second set, when Aby Maraño and Kat Tolentino sparked a 7-3 run that turned an 18-19 deficit to a 25-22 equalizer.

With the win, Indonesia kept its SEA Games podium streak alive at 15 years and counting, while at the same time pushing the Philippines’ absence at the top three beyond 17 years.

Thailand, meanwhile, will shoot for its 13th straight gold medal win on Sunday, May 22, against host nation and reigning silver medalist Vietnam. The Thais have not relinquished their throne in the last 27 years. – Rappler.com