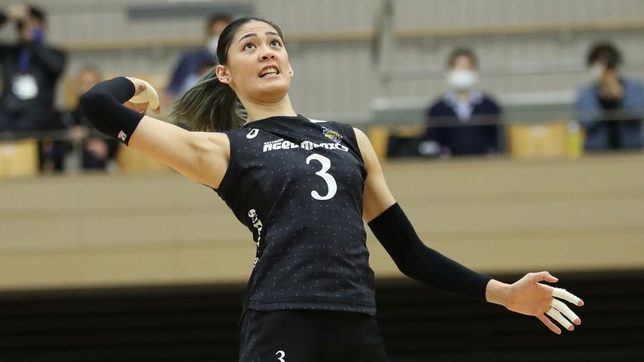 Facebook Twitter Copy URL
Copied
Jaja Santiago and the Ageo Medics get back on track in the Japan V. League after a dismal stretch that saw them drop four of their last five matches

Jaja Santiago and the Saitama Ageo Medics rediscovered their winning ways in the Japan V. League with a revenge triumph over the Hisamitsu Springs on Sunday, November 7.

Filipino import Santiago chalked up 11 points built on 8 attacks and 3 blocks as the Medics got back on track after a dismal stretch that saw them drop four of their last five matches.

Yuka Sato led the way for Ageo with 18 points off 17 attacks, while Mami Uchiseto tallied 14 points in the win.

The Medics remained at seventh place with a 4-4 record.

Yuka Imamura delivered 13 points – 12 from attacks – for Hisamitsu, which slipped to third place with a 6-2 card as the NEC Red Rockets climbed to second behind a 7-1 record.

Santiago and Ageo will try to get a win streak going when they go up against the Denso Airybees on November 20. – Rappler.com