Espejo, Tokyo break through in V. League with sweep of Bagunas, Oita 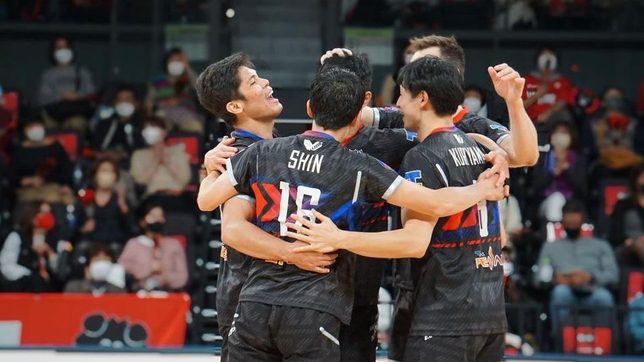 Marck Espejo and FC Tokyo snapped out of its funk in the Japan V. League, sweeping Bryan Bagunas and Oita Miyoshi at the Showa Denko Martial Arts Sports Center on Friday, November 5.

In the first meeting between the two Filipino imports, Espejo got the better of his fellow national team member Bagunas as Tokyo dismantled Oita, 25-17, 25-18, 25-22, for its first win of the season.

Espejo delivered 11 points off 7 attacks and 3 blocks to power Tokyo, which broke through after starting the season with six straight losses.

Norwegian reinforcement Jonas Kvalen led Tokyo with 12 points behind 8 attacks, while Hideyuki Kuriyama delivered 11 points as he proved to be a formidable wall, tallying 4 blocks.

It was a quiet game for Bagunas after tallying just 2 points in the loss.

While Tokyo ended its slump, Oita continued its downward spiral with its sixth consecutive defeat after opening the season with a victory.

The Weisse Adler dropped to 1-6, tied with Tokyo at eighth and ninth places.

Espejo and Bagunas will face each other again on Saturday, November 6, in the second of back-to-back matches. – Rappler.com