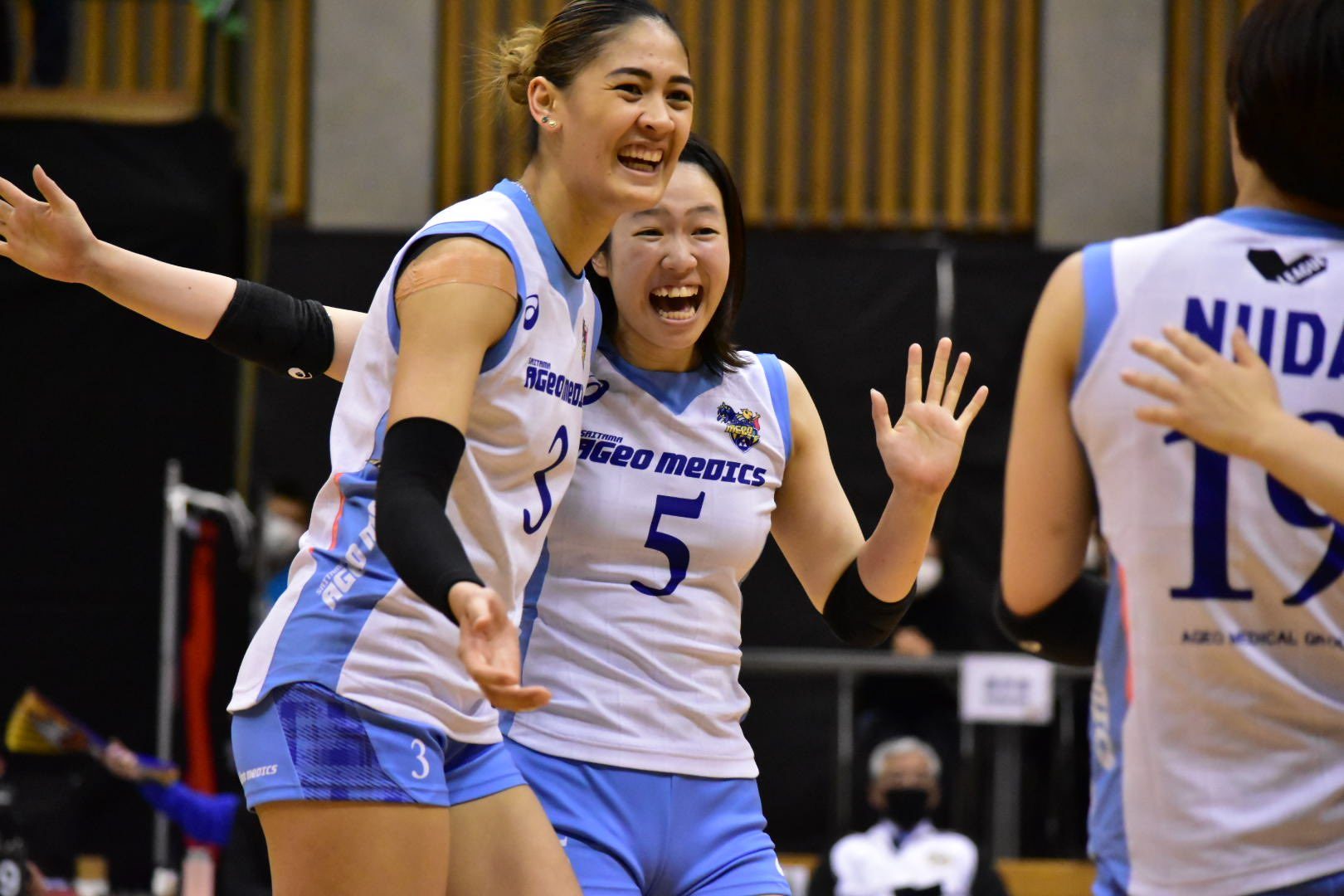 Coming off a 7-point outing in a Saturday, March 12 loss against Hisamitsu, Filipina import Santiago bounced back in emphatic fashion with 21 points off 16 attacks and a game-high 5 blocks in the upset of the third-seeded Rockets.

Saitama improved to a 16-10 slate and kept the sixth spot in the 10-team field, while NEC fell to a 19-8 record. The Ageo Medics will try to continue their giant-killer streak against the top-ranked JT Marvelous on March 19, 11 am, Manila time.

Philippine team star blocker Bagunas did what he could, and finished with 16 points off 15 attacks and a block. Venezuelan import Emerson Rodriguez chipped in 10 points from 9 attacks and an ace.

This is Oita’s 24th loss in 29 games as it remains nailed at the ninth spot in the standings. The Weisse Adler will next face the fourth-seeded Panasonic Panthers on March 19, 1 pm.

The Philippine team outside hitter went scoreless and only appeared in the fourth set. Norwegian import Jonas Kvalen led Tokyo with a 25-point outing off 22 attacks, 2 blocks, and an ace.

Tokyo is now 8-19 for the season, still at the eighth seed. It will look to break its three-game losing streak against the cellar-dwelling VC Nagano Tridents on March 19, 1 pm, Manila time. – Joaquin Quesada/Rappler.com