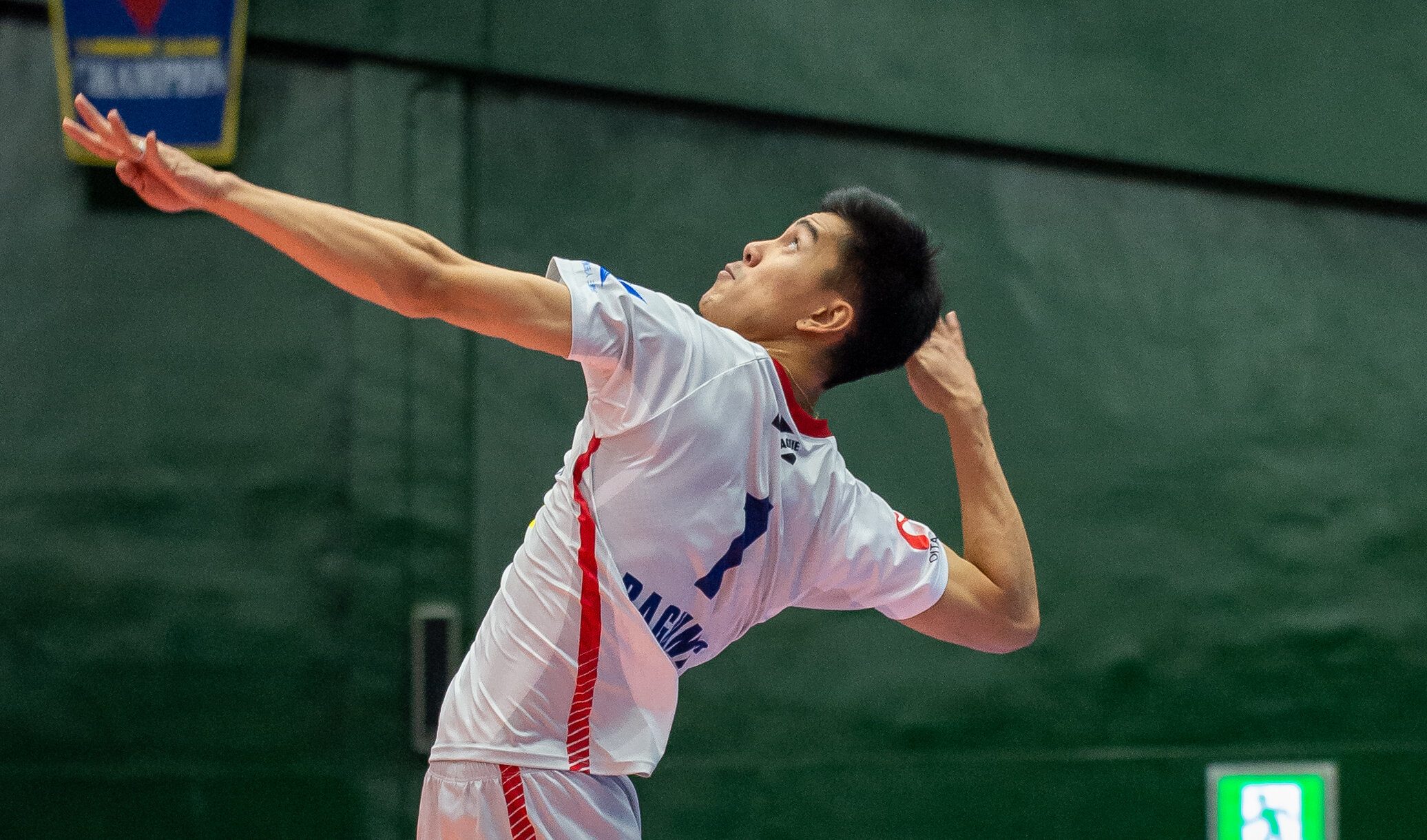 FOCUSED. Bryan Bagunas winds up as the lone Filipino import in action.

MANILA, Philippines – Oita Miyoshi continued their slide down the Japan V. League standings as the top-seeded Sakai Blazers cruised to a three-set sweep, 25-20, 25-23, 25-19.

Filipino star spiker Bryan Bagunas had himself a decent outing with 11 points off 8 attacks and 3 aces, but it was not enough to win a set for the 4-15 Oita.

Venezuelan import Emerson Rodriguez was the other Oita player in double-digit scoring with 17 markers, while Canadian reinforcement Sharone Vernon-Evans led the 14-5 Blazers with 14 points off 10 attacks and 4 aces.

Meanwhile, V. League All-Star Marck Espejo could only watch from the bench in street clothes as his FC Tokyo squad got rocked by the Suntory Sunbirds in a three-set blitz, 25-19, 25-19, 25-17.

No Tokyo player scored in double-digits as Norwegian import Jonas Kvalen was limited to just 7 points, all off attacks, en route to a 6-13 record.

Russian reinforcement Dmitriy Muserskiy led all scorers in the easy win with 23 points off 19 attacks, 2 blocks, and 2 aces for the 14-5 Sunbirds.

In women’s action, Filipina star blocker Jaja Santiago was not able to suit up at all for the day as the Saitama Ageo Medics’ weekend games against the NEC Red Rockets were postponed by the league, most likely due to health protocols.

Oita and Tokyo will return to action on Sunday, January 23, for their respective rematches. As Bagunas prepares for a bounce-back game, it still remains to be seen whether or not Espejo can finally suit up after a two-game absence. – Rappler.com