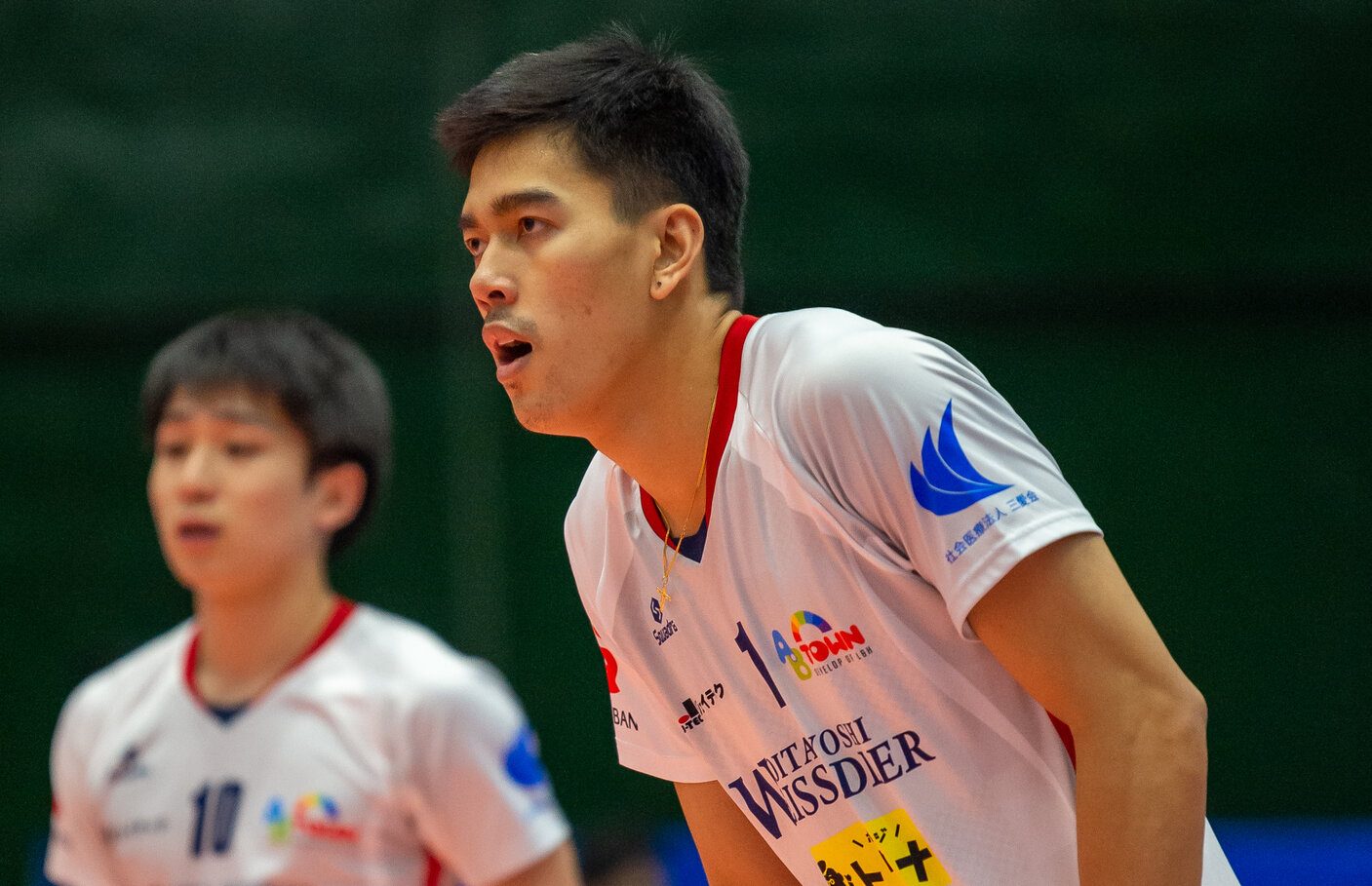 Bagunas went down quietly in this game, as he finished with just 8 points off 5 attacks and 3 blocks for the 4-16 Oita.

Kota Yamada paced the losing effort with 13 markers, while Yuki Higuchi led all scorers with 16 points for the 15-5 Blazers.

Bagunas and Oita can get back to their winning ways with a back-to-back slate next weekend against the sixth-ranked Wolfdogs Nagoya.

Meanwhile, V. League All-Star Marck Espejo continued to watch his team FC Tokyo slide down the standings as the Suntory Sunbirds rode a thrilling first-set escape for another three-set blitz, 36-34, 25-18, 25-15.

Russian reinforcement Dmitriy Muserskiy dominated with a staggering 28 points off 26 attacks and 2 blocks in just three frames for the 15-5 Sunbirds, while Yanagimachi Itta paced the 6-14 Tokyo squad with 12 markers.

Espejo can make his Tokyo return next weekend as they face fifth-placer JTEKT Stings.

Meanwhile, Jaja Santiago and the Saitama Ageo Medics continued their isolation amid postponed games against the 11-3 NEC Red Rockets, and it remains to be seen if they return on the court next weekend against the 4-13 Victorina Himeji. – Rappler.com