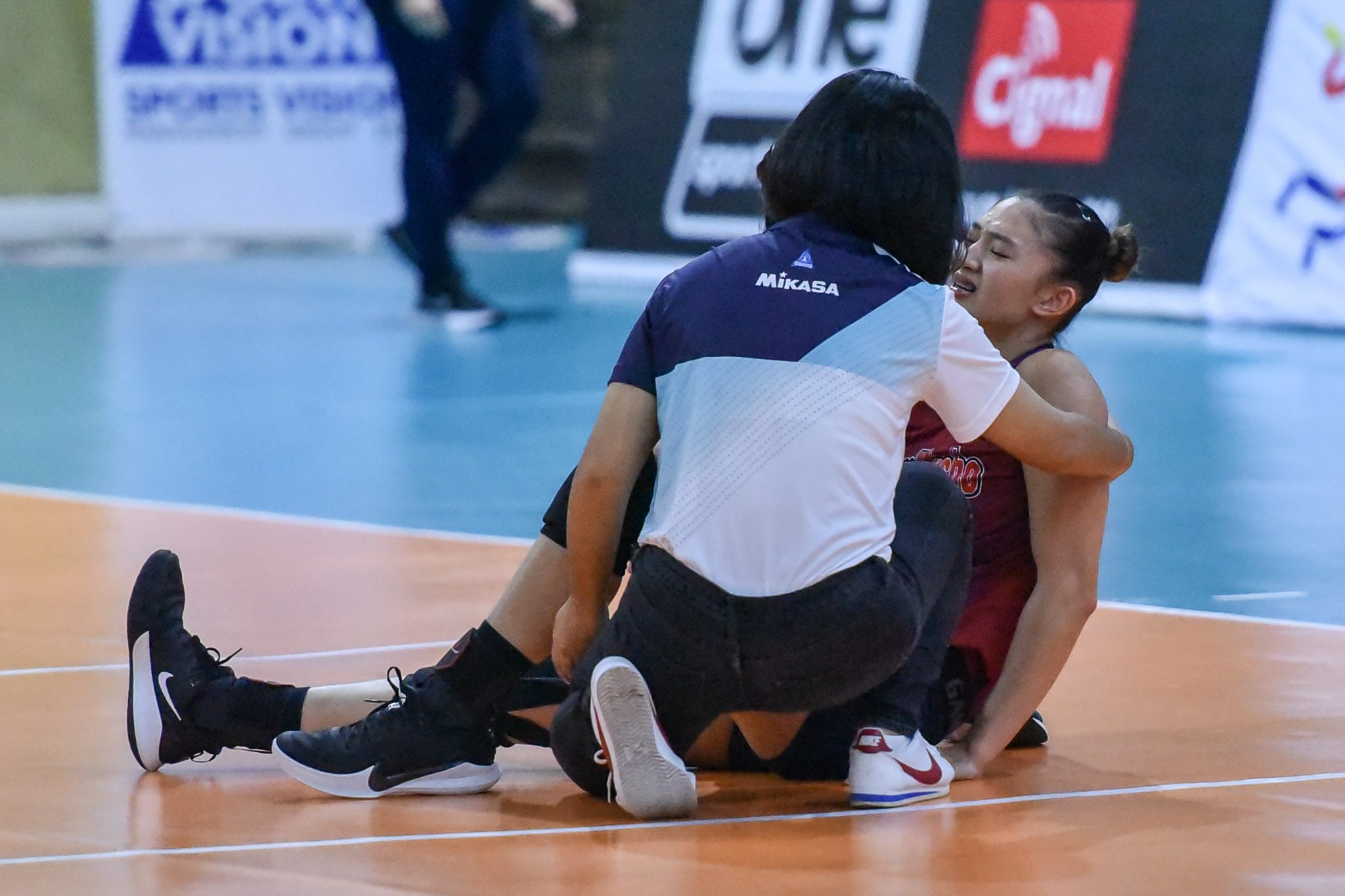 RISKS. Maddie Madayag said that she and the team did all they can to prepare for the intense bubble competition schedule.

Facebook Twitter Copy URL
Copied
'Coming into the bubble, I believe that the teams were put in an environment that was not conducive for any athlete, no matter how strong,' says Maddie Madayag, who sustained another ACL injury

Choco Mucho middle blocker Maddie Madayag opened up about players’ risks in sports bubbles after she sustained a second ACL injury in her volleyball career.

In an Instagram post, Madayag raised awareness that playing in a rushed schedule takes a toll on an athlete’s body and no player deserves to be put at such risk.

“Coming into the bubble, I believe that the teams were put in an environment that was not conducive for any athlete, no matter how strong,” wrote Madayag.

“Seven to eight straight games of nonstop competing at a high level can definitely take a toll on one’s body. No athlete deserves to be put into the risk of injuries when there are other options to carry on strategizing which will benefit all and lessen the risk,” she added.

This is Madayag’s second ACL injury. In 2016, Madayag, who was part of the Ateneo Lady Eagles, tore her right ACL and missed an entire year of action.

Given her past, Madayag said that she has been taking extra precautions with her knee health and that the team has prepared the players physically and mentally for the compressed schedule of the Premier Volleyball League bubble.

“Our coaching staff made sure that my teammates and I were ready for the upcoming tournament and paid close attention to how we all felt physically and mentally,” added Madayag, who is in the process of recovering from a left ACL injury.

“The preparations done pre-season all kept us ready for the upcoming conference. I’m sure that my fellow athletes made sure to keep their bodies in top shape despite the lack of resources. I, for one, made sure to focus on my knee health so that I would not have to experience any of my past major injuries again. We’ve worked so hard behind the scenes just to avoid having major injuries,” she said.

Madayag said that the team took measures such as intensive strength and conditioning, but despite doing all they can in preparing for the league, she is “lost for words” on the turn of events.

“However, the body – no matter how healthy or strong – can only handle so much. It is unfortunate that despite the intensive strengthening and training done prior to the league had to be negated all because of a rushed schedule,” said Madayag.

“It pains me to have incurred such a heartbreaking injury when all I did before the competition was to take care of my body to avoid getting hurt. I am truly lost for words,” she added.

The Flying Titans’ middle blocker, though, understood that much effort had been exerted in organizing the league, but hoped that coaches’ suggestions for the benefit of their players would be taken into consideration in the future.

“I understand that this conference was truly difficult to organize and fully plan out given the current situation of our country and I am grateful for those who made the effort so that the games pushed through,” said Madayag.

The PVL, which made its debut as a professional league, ran from Saturday, July 17, to Friday, August 13, in a bubble in the PCV Socio-civic & Cultural Center in Bacarra, Ilocos Norte.