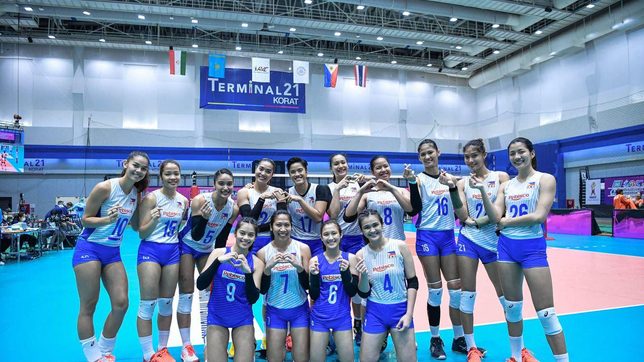 Despite the possibility of missing several members in international campaigns, there are no plans of holding tryouts for next year’s roster, which may lose the young players expected to commit to the UAAP that is slated to make a return in February.

According to the PNVF chief, the Philippine Sports Commission approved 20 slots for each men’s and women’s national team.

Although national team youngsters like Mhicaela Belen, Ivy Lacsina and Jennifer Nierva are expected to concentrate on their UAAP campaign, the coaches can just name the players to be added to the national team pool.

“For example, [if there will be only] 12 remaining players, then we can just add two or four to the national team. So we’ll just add, and no more tryouts. Our coaches know who will be in and who will be out,” said Suzara.

The women’s national team will be holding a training camp in Brazil, the home country of consultant Jorge Souza de Brito, while the men’s team will be sent to Italy in order to prepare them for the Southeast Asian (SEA) Games.

Other major events lined up for Philippine volleyball include the Asian Games in Hangzhou, China in September and the Asian Club Volleyball Championships whose schedule is still being finalized.

Local leagues like the Premier Volleyball League and the Champions League will also be synced with the FIVB calendar, which will schedule club duty to be in October to May, while national team duty will run from June to September.

In the country’s hosting of the 2019 SEA Games, the men’s volleyball team clinched its first silver medal finish in 42 years, while the women’s team missed a podium finish. – Rappler.com