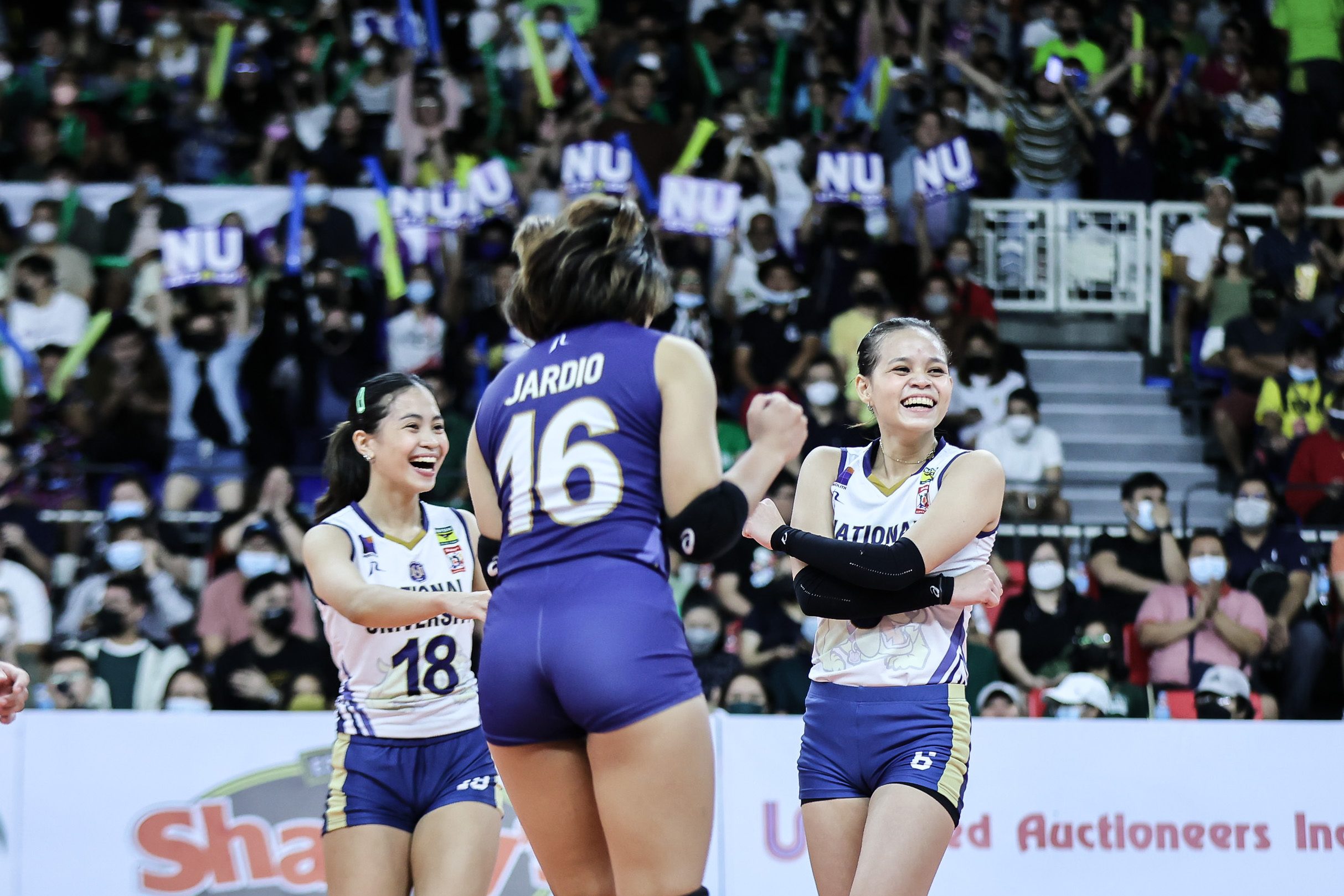 MANILA, Philippines – To pounce on their desire for self-improvement, defending UAAP volleyball champion NU Lady Bulldogs will head to Japan this December for a training camp.

Alyssa Solomon, the MVP in the Lady Bulldogs’ recent title romp in the Shakey’s Super League, told Rappler that the team will stay in the Land of the Rising Sun from December 4 to 18.

“I will probably work on my faster tempo, because for me, I still could not jive with the tempo of our open hitters. That’s what we’re gonna work on in Japan,” Solomon said in Filipino after their sweep of La Salle in the finals on Saturday, November 19.

The Lady Bulldogs – who also conquered La Salle for the UAAP crown last June – banked on their championship mettle to dispose of the Lady Spikers, 25-23, 25-20, 25-20, behind Solomon’s 14 points.

Along with the players looking for finer tuning will be members of the coaching staff, confirmed head coach Karl Dimaculangan.

For incoming senior Jen Nierva, it’s all about maximizing the opportunity given to them as they observed that the rest of the UAAP field had improved since the end of Season 84. Among the team’s points of emphasis heading to the training camp are consistency in passing, and tempering their complacency, since they hold a 24-game win streak stemming from the start of last season.

On the other hand, Solomon admitted she was surprised by the honors she received during the tournament’s Super Team awarding ceremonies.

“I actually thought [the MVP] was Bella [Belen] so I was shocked my name was called,” the tournament’s best opposite hitter said.

“I did not expect to win because my mindset was to just play well and to get the title,” she added. – Rappler.com