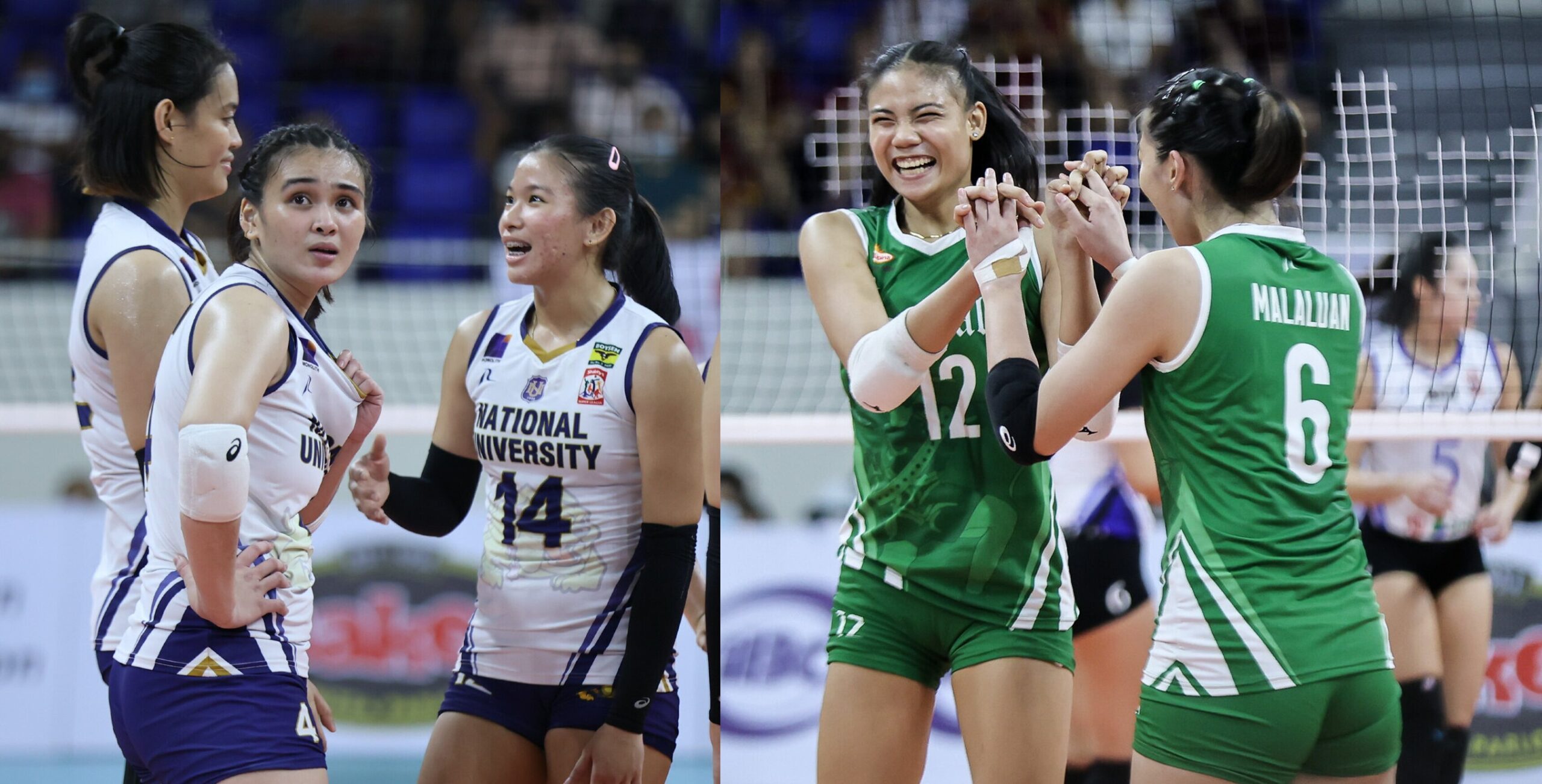 MANILA, Philippines – Unbeaten National University and De La Salle University battle for all the marbles in the finale of the Shakey’s Super League Collegiate Pre-season Championship at the Rizal Memorial Coliseum on Saturday, November 19.

An action-packed one-game battle for the crown gets underway between two of the country’s best volleyball squads in the 4:30 pm match.

Looking to add the SSL crown to their collection in another perfect run, the Lady Bulldogs are tipped to have the advantage against the same team they swept during the UAAP Season 84 women’s volleyball finals.

But NU coach Karl Dimaculangan knows that claiming the throne will not be a walk in the park, especially against the Lady Spikers, who are bent on avenging their UAAP championship loss five months ago.

“La Salle is a very strong team and it will be a big challenge for us,” said Dimaculangan. “They have a good system and we know they are a champion team. Just like us, they go all-out whatever team they go up against.”

La Salle, on the other hand, is fueled by its desire for redemption.

“I always remind my team to play with pride and heart. Every team wants to beat NU, now is our chance,” said Lady Spikers coach Noel Orcullo.

Meanwhile, Adamson and UST meet in the 2 pm battle for bronze of the tournament.

Facing off in the 9 am curtain-raiser for seventh place are University of Perpetual Help and Far Eastern University while University of the Philippines and Ateneo dispute the fifth place in the other classification round encounter slated at 11:30 am. – Rappler.com

Games will be aired live via Plus Network on Facebook, YouTube, and TikTok. Next-day broadcast of games will be available on IBC 13 on Sunday from 7 pm to 11 pm and Monday from 7:30 pm to 11:30 pm. Solar Entertainment will also carry next-day airings on Sunday and Monday starting 8 pm.