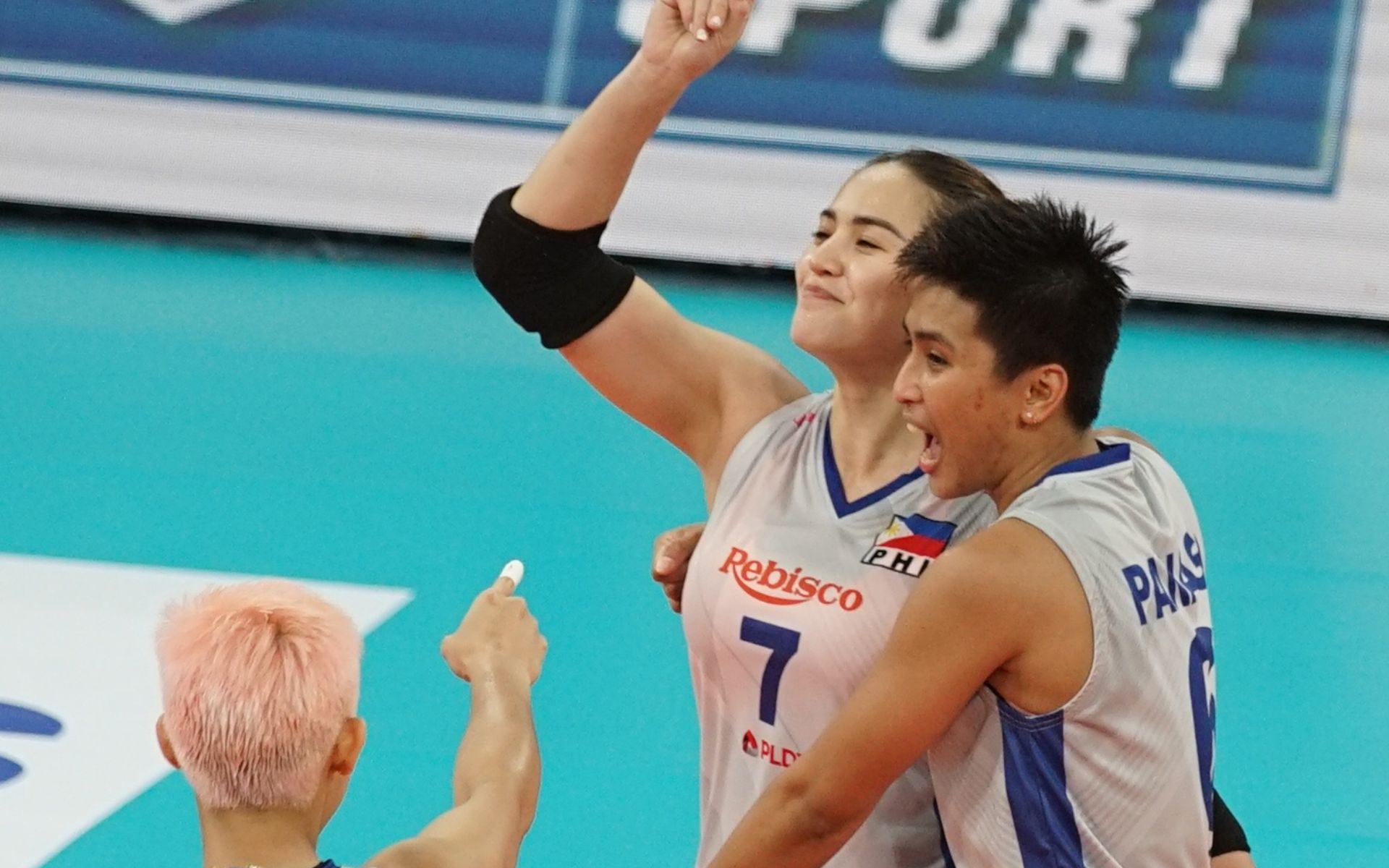 MANILA, Philippines – The Philippine women’s volleyball team finally got over the hump in the 2022 Asian Volleyball Confederation (AVC) Cup for Women with a rousing four-set beatdown of Iran on Wednesday, August 24.

Jema Galanza excelled yet again with a tournament-best 21 points, while her usual scoring partners Tots Carlos and Michele Gumabao showed up anew with 14 and 13 points, respectively.

However, the difference-makers this time around came not only from the wings, but also from the middle, as Pangs Panaga and Ced Domingo each scored 9 points, and contributed 5 of the team’s 11 blocks after going 0-of-36 from that area against the towering Chinese last game.

Panaga’s bounce-back effort was especially notable after she went scoreless against China and endured a handful of critics online for her lackluster showing as a starter.

The veteran defensive anchor nonetheless took the loss in stride and just stuck within the team mindset to help get the country its first win in the continental meet.

“As coach [Sherwin Meneses] told us, every day, every game is important. It’s important to bounce back,” she said.

“We needed to step up and improve from what we lacked on last game, and thankfully, we rebounded today.”

Although the Iranians briefly gave the Filipinas a scare with a dominant third-set showing, where they led by as many as 7, 19-12, the hosts immediately returned the favor in the fourth, and peaked with a 12-point gap, 23-11, before the 25-14 finish.

“We told one another that we cannot lose our composure,” said Panaga, who led the team with 4 points in the tone-setting first set. “We just had to get them back in the fourth set. As long as we enjoy the game, we can really get the win.”

Now a win away from an outright quarterfinal berth, Panaga hopes the experiences the hosts have gathered up to this point will ultimately lead them to a second straight victory against winless South Korea on Thursday, August 25.

“Against Vietnam and China, we gained a lot of experience and learned a lot of lessons. We carried that over today and that’s why we won,” she said.

“Our mindset tomorrow – we’ll just keep the good vibes and stay happy. We’ll play our game, and of course, play with pride as a team.” – Rappler.com