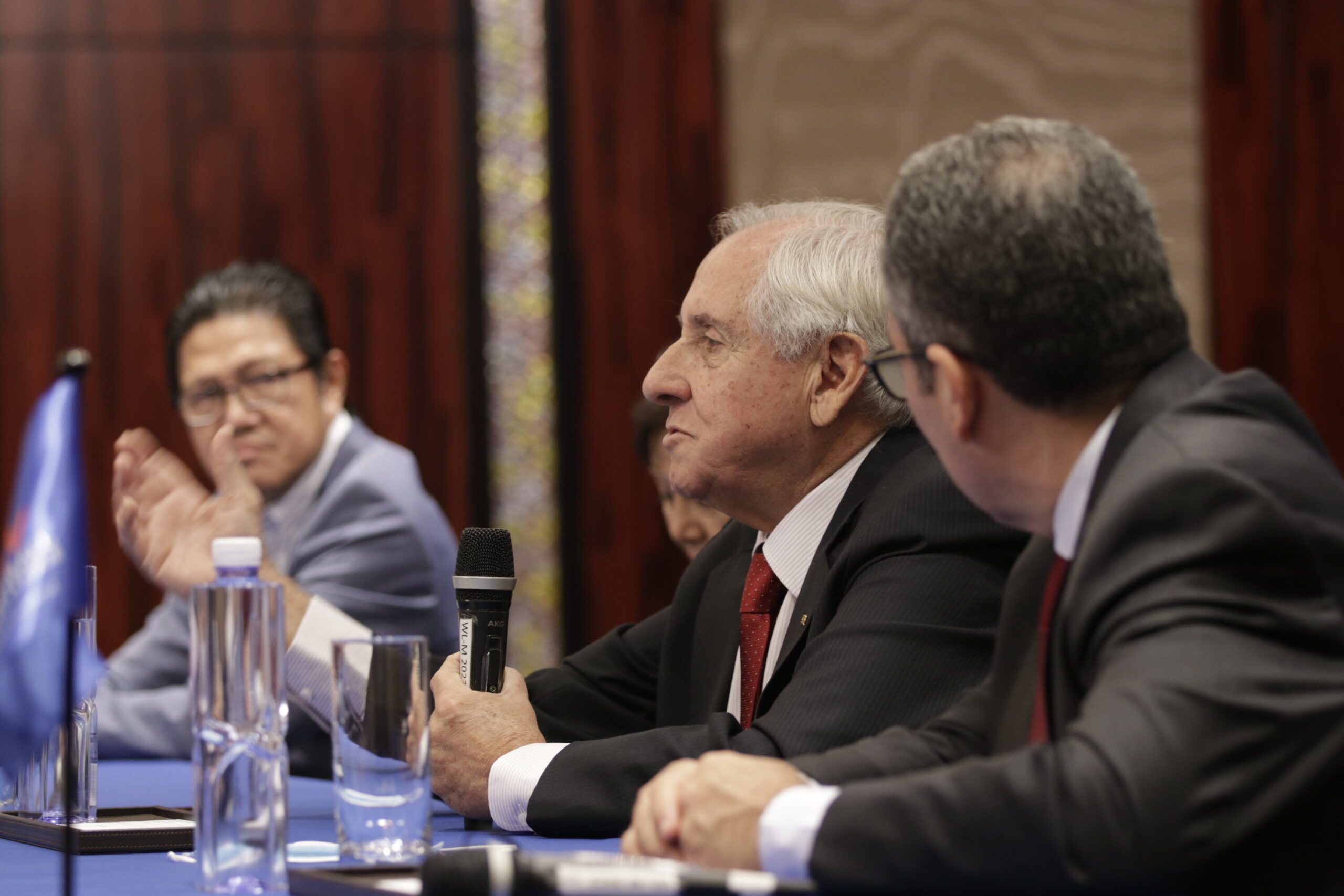 Facebook Twitter Copy URL
Copied
World volleyball officials say it won’t be surprising if the Philippines would be selected to host the Volleyball Nations League again, plus other major tournaments

MANILA, Philippines – Impressed with the country’s hosting of the FIVB’s Volleyball Nations League (VNL) Manila leg, top officials of the International Volleyball Federation (FIVB) assured the Philippines of another opportunity to stage the tournament, including the main World Championship event.

“I’m completely astonished,” said FIVB president Ary Graca, who’s in the country for the first time, and also the first world volleyball federation chief to visit the Philippines in 28 years.

“I’d like to apologize… that 28 years is a big mistake,” said Graca of Brazil, referring to the nearly three-decade long FIVB failed to visit the country. Ruben Acosta was the last volleyball chief to visit the Philippines in 1994.

“The interest of people here on volleyball is amazing, fantastic. We always find a way to help the Philippines with the innovations of volleyball. We’re here to give, we’re here to help, not to take,” said Graca during a press conference on Friday, June 24, at the Grand Hyatt Manila in Bonifacio Global City in Taguig.

The country is hosting the VNL Manila leg – formerly the FIVB World Grand Prix – for the first time since it was formally launched in 2018.

Eight teams are currently playing in each of the men’s and women’s divisions.

In the men’s category are France, Netherlands, China, Germany, Slovenia, Italy, Argentina, and Japan, while in the women’s side are China, Japan, Thailand, Poland, Bulgaria, Canada, Belgium, and defending champion USA.

Ramon “Tats” Suzara, president of the Philippine National Volleyball Federation (PNVF), said having a VNL leg here is an inspiration for both the women’s and men’s national teams.

He said both teams are inspired to work hard and someday be part of the popular VNL.

“The support of the FIVB has been really tremendous,” said Suzara, who also welcomed here in the country Asian Volleyball Confederation (AVC) president Rita Subowo.

“We would work hard to reach that level. We need to raise the level of the national team. I think this is an inspiration. This inspires them to work harder.”

For FIVB general director Fabio Azevedo, it won’t be surprising if the Philippines would be selected again to host the VNL.

“That means the Philippines, you did very well. I’m quite sure of that, hosting the event again,” he added. – Rappler.com