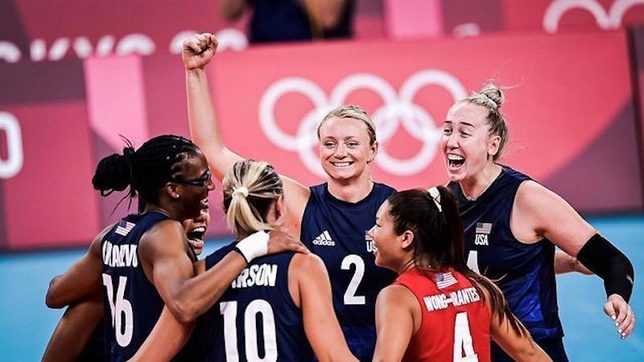 The Volleyball Nations League will feature 15 of the world’s best squads for two weeks and will be staged in the middle of 2022.

“We would like to bring more world class action in volleyball dito sa Pilipinas next year as part of the four-year partnership with the FIVB, which is the international governing body for volleyball,” said Suzara.

“We will have the top eight teams (men’s side) in the world coming in Manila this June.”

Action in the women’s side kick off the two-week hostilities as USA will be joined by China, Japan, Russia, Belgium, Poland and Thailand in the competition set June 13 to 19 at the Mall of Asia Arena.

The following week from June 21 to 26, it’s the turn of the men’s teams to hug the limelight with France facing Tokyo Olympics silver and bronze medalist Russia and Argentina, respectively, Japan, Slovenia, Italy, Germany, and the Netherlands at the Smart Araneta Coliseum.

Initially, only the men’s matches were supposed to be held here, but with Thailand unable to host the women’s event, the FIVB requested the PNVF if it could accommodate both events instead, according to Suzara.

The meet will be the biggest volleyball event to be hosted by the country since the 2005 World Grand Prix.

The men and women’s national teams won’t be left behind though, as exhibition matches are going to be played against some of the visiting countries before they proceed to the next leg.

“The plan now is to have exhibition matches one day after the women’s tournament against Japan and Russia, and sa men’s naman is to have exhibition games against Argentina or Italy and Japan also,” said the PNVF president in the session presented by San Miguel Corporation (SMC), MILO, Amelie Hotel Manila, Braska Restaurant, Daily Tribune, and the Philippine Amusement and Gaming Corporation (PAGCOR).

“This will give our national players a chance to play against these world class teams dito sa Pilipinas as part of the promotion of the FIVB. Part of the timetable din ito because there’s a three-day gap before they go to the next leg so it’s better for them to stay here muna.”

Suzara added the PNVF is also looking to have volleyball fans in the stands during both competitions, hopefully with the health condition a lot better by that time.

“We’re targeting a 50% capacity, depending on the IATF and the conditions by next year,” he said. – Rappler.com