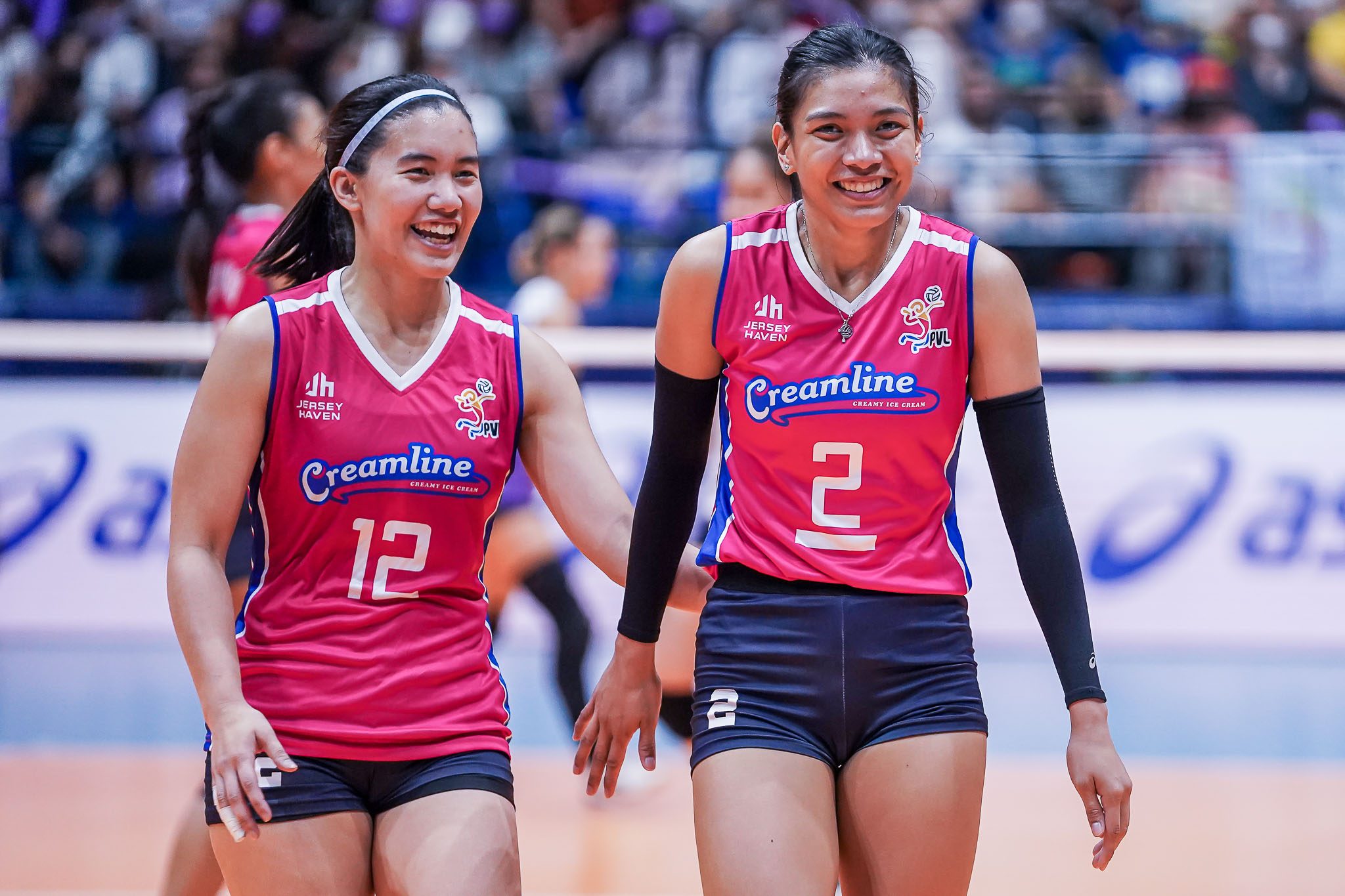 NOTHING FOR GRANTED. Creamline starts off strong in the 2022 PVL Open Conference semifinals against sister team Choco Mucho

After taking an eight-point loss in Set 2, the Cool Smashers stepped on the gas, and rode multiple scoring runs to leave the Flying Titans in the dust, most notably in the fourth set, where they finished them off with an emphatic 11-1 finishing kick.

Per assistant coach Sherwin Concepcion, those scoring spurts were a testament to Choco Mucho’s ever-present threat to take over anytime they want.

“We were prepared for this, and we were a bit more rested than them. I think that was our advantage,” he said in Filipino after the game. “Choco Mucho really hustles well. They’re really a difficult opponent. If you take your foot off the gas to them, you will really lose.”

“Hopefully for Sunday, we have an even better showing, so we can get more rest, especially given how close the game dates are to one another. That’s where the adjustments get really difficult for us.”

“We all know with these intense rivalry battles, you throw your stats out the window. You lean on your emotional strength, and our coaches just reminded us to play our game to our roles, and follow the system.”

Clearly, Creamline bore the fruits of their intense preparations as five Cool Smashers breached double-digit scoring, led by Tots Carlos’ 26 and Valdez’s 17. On the other hand, only Kat Tolentino scored in double figures from the losing end with 13.

A lot more PVL fans can now see how both teams can adjust further as the series now shifts to the Mall of Asia Arena for Game 2 on Sunday, April 3. – Rappler.com