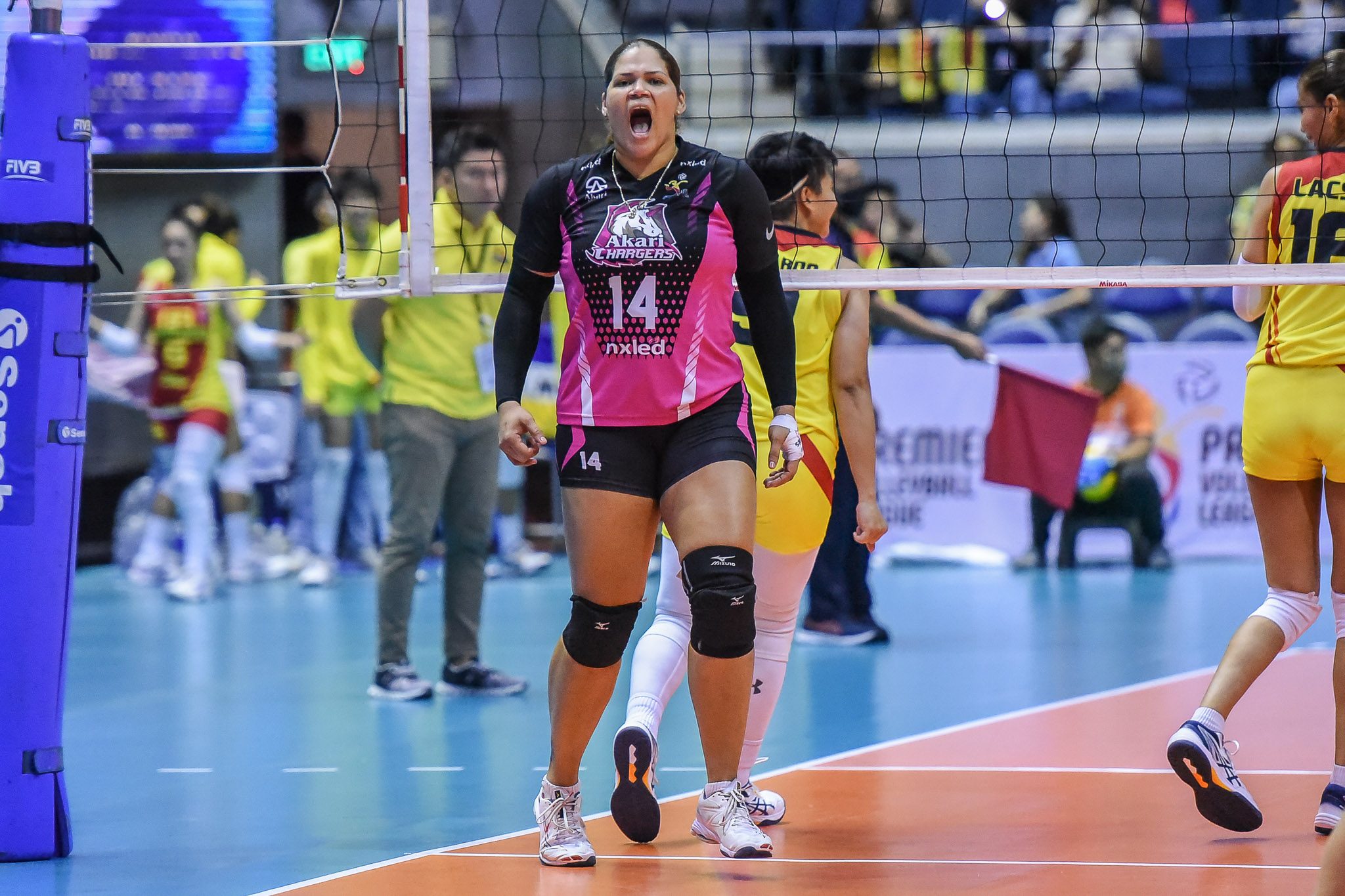 MANILA, Philippines – The Akari Chargers went lights out in their final game of their PVL debut conference with a four-set shocker over the contending F2 Cargo Movers, 25-21, 22-25, 26-24, 25-22, at the Araneta Coliseum on Tuesday, November 15.

Olympian import Prisilla Rivera ended her dominant campaign with a 32-point eruption on 29 attacks and 3 blocks as Akari finished the 2022 Reinforced Conference with a 3-5 record, just below the massive logjam in the middle for semifinals contention.

Fil-Canadian libero Rachel Jorvina continued to prove her worth with a line of 21 excellent digs and 12 excellent receptions, while rookie setter Jaja Maraguinot steered the offense with 19 excellent sets.

Down 19-22 in the crucial fourth set, F2 climbed back within striking distance with a short 3-1 burst, ending with a Rivera attack error that got all net.

Stalzer and rookie blocker Ivy Lacsina paced the sorry loss with 17 points apiece as the Cargo Movers snapped a three-game winning streak at the worst possible time with just two games left on their schedule.

Super scorer import Elena Samoilenko led the way with a game-high 27 points off 23 attacks and 4 blocks, while twin towers Dell Palomata and Mika Reyes each scored 11 to help PLDT rise to a 3-4 record with no more breathing room for another loss.

PLDT will only have a day’s rest before it returns on Thursday, November 17, at the Mall of Asia Arena for a 2:30 pm match with the semis-bound Chery Tiggo Crossovers.

Following that is a blockbuster 5:30 pm main event between sister teams Creamline (6-1) and a Choco Mucho side (3-3) teetering on the edge of playoff qualification.

Meanwhile, Cignal and F2 both aim to regroup with an all-important clash on Saturday, November 19, 5:30 pm, back at Araneta to determine which team rises to an ideal 4-3 record and which one falls to the brink of elimination at 3-4. – Rappler.com