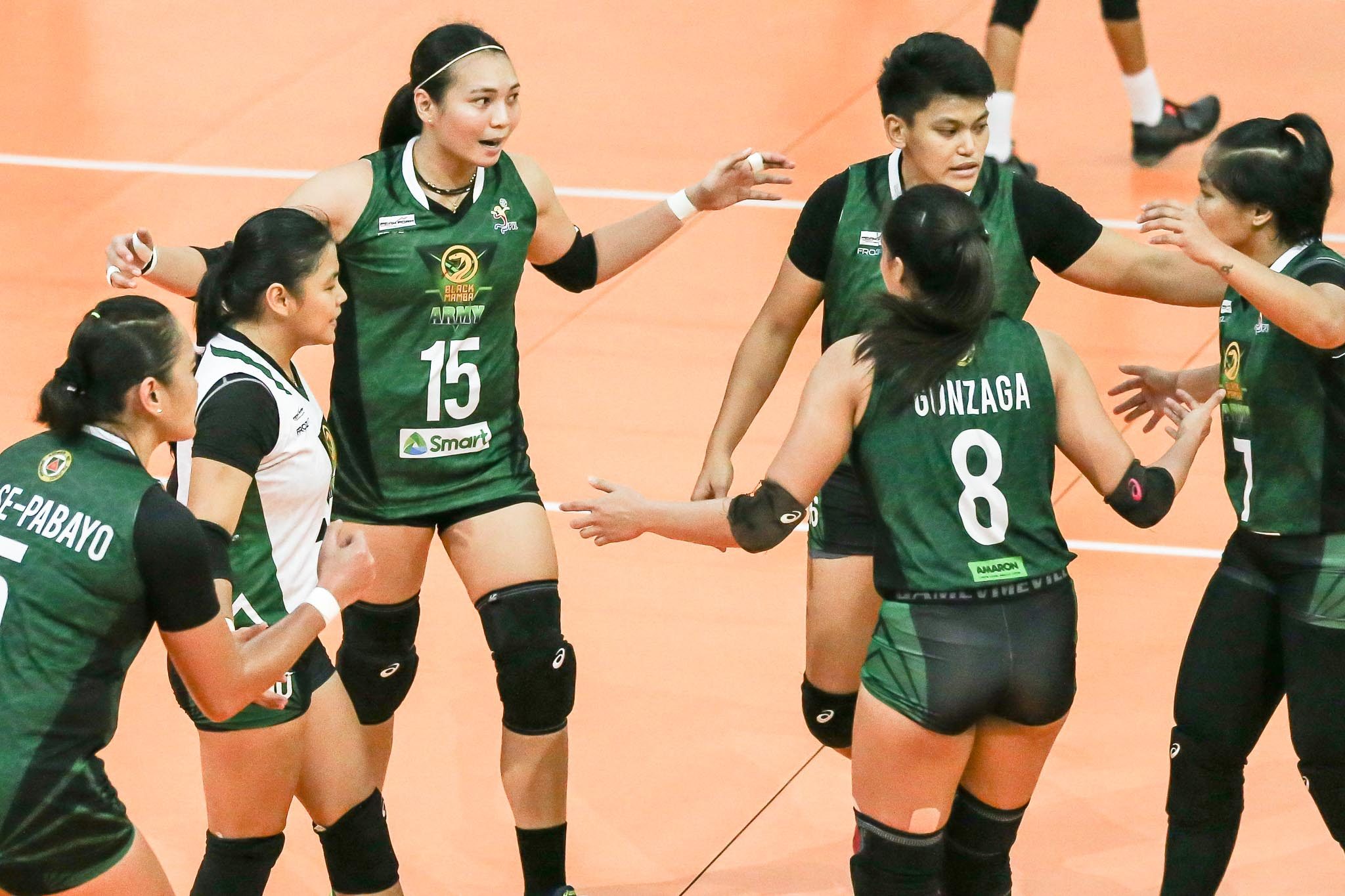 BACK ON TRACK. Black Mamba Army notches its second win in five games.

The Black Mamba Army Lady Troopers outlasted the winless PLDT Home Fibr Power Hitters in the 2021 Premier Volleyball League Open Conference and eliminated them from contention with a 20-25, 25-17, 25-20, 25-20 win on Thursday, July 29.

The Lady Troopers snapped a two-game losing streak and rose to 2-3 for sixth place while the Power Hitters remained rooted at the bottom with a 0-6 slate.

Royse Tubino put her two-way prowess on full display with a 24-point performance off 21 attacks, 2 aces, and a block to go with 20 excellent digs.

After a slow start in the first set where they went down 1-8 en route to a PLDT win, the Lady Troopers snapped out of their funk in the second, retaliating with a 25-17 blitz, which carried over to a 24-14 rout in the third.

Although PLDT made a small 6-0 set point run powered by back-to-back aces from Jorelle Singh, it was too little, too late as veteran Ging Balse-Pabayo stopped the rally with a set-winning block for the 2-1 lead.

The Power Hitters fought hard to keep their playoff contention alive until the fourth set, but Tubino and Gonzaga were simply in the zone and denied PLDT one last fightback.

Singh led the Power Hitters’ last stand with 17 points, while Isa Molde and Chin Bases chipped in 9 and 8 markers, respectively.

(We were a bit shaky, but what’s important is we won this game. Otherwise, we’d sink. Even though we had some errors, we got back because we worked hard. Good thing is we have a chance because everyone is just jumping over one another at the top of the standings. So it’s important to get a lot of wins.)

Both teams will take at least a two-day break as they await the results of next week’s schedule revision. – Rappler.com