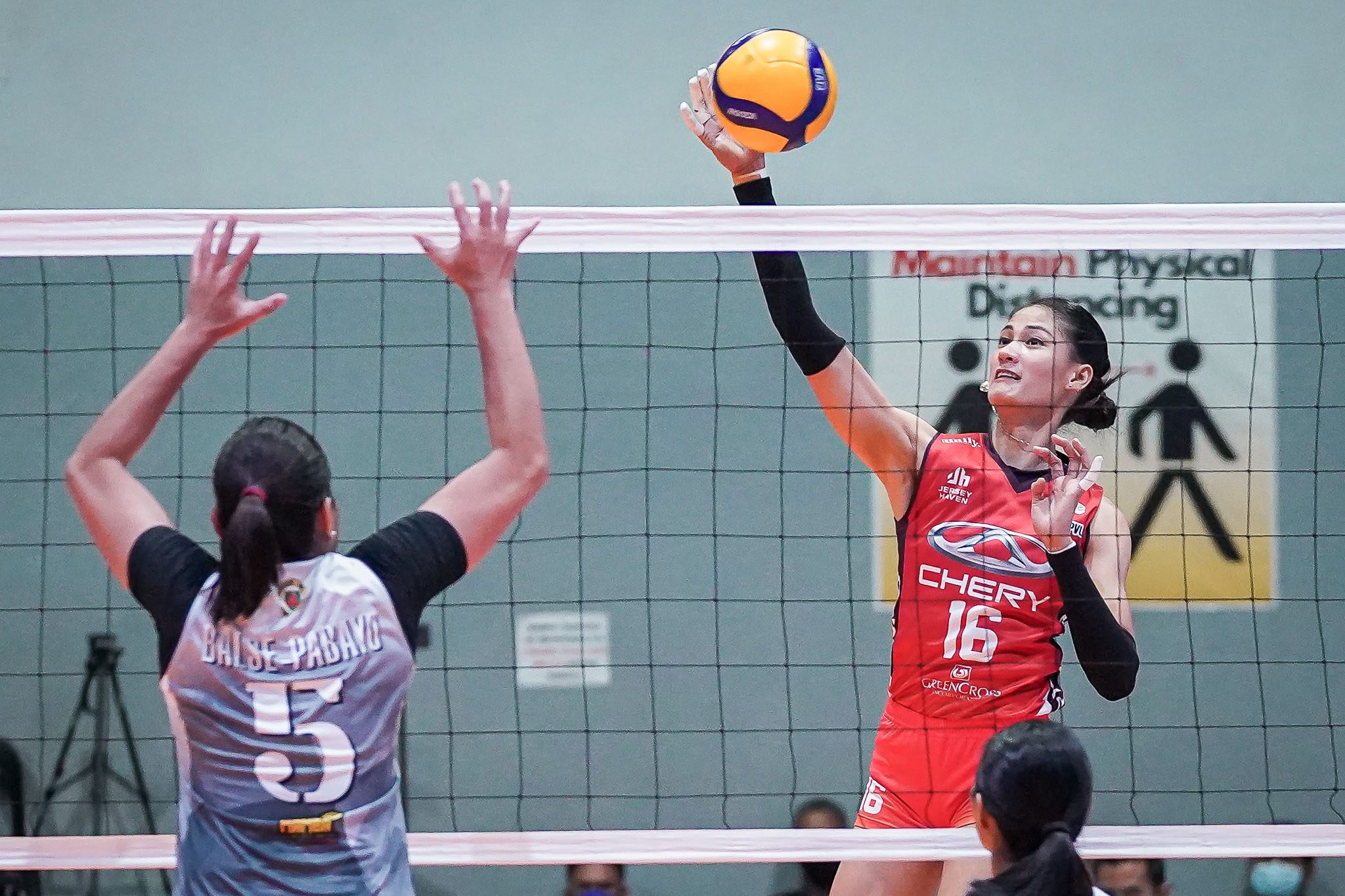 With the win, the defending champions sealed off the eight-team playoff cast with a 1-3 record in Pool A, and sent the winless Troopers to a 0-3 slate. Chery Tiggo also owns the tiebreaker for the fourth and final Pool A seed even if Army wins its last game for a 1-3 standings tie.

Only the seedings from both pools are left to be determined as the rest of the elimination round plays out in the next two days.

After a competitive first set where they only lost by three, 22-25, the Lady Troopers’ morale fell apart in the second frame as the Crossovers mounted a double-digit lead, 23-13, off a 13-6 attack capped off by a Paat kill.

Chery Tiggo left nothing up to chance in the final frame as another 9-3 blitz widened the champions’ gap to 22-13. Not even a last-gasp 6-1 Army fightback was enough to turn the tide as back-to-back Manabat block points sealed the deal.

“We just want to bring out the best of our players. We just have to go back to our basics and lessen our errors,” said head coach Aaron Velez after the game.

The Army will now just fight for pride and a breakthrough upset win on Thursday, March 24, 3 pm, against the undefeated and playoff-bound Cignal HD Spikers.

Meanwhile, Chery Tiggo will intently watch the Wednesday, March 23, 6 pm blockbuster bout between the Creamline Cool Smashers and the Petro Gazz Angels since the winner of that match will be the defending champions’ twice-to-beat opponent in the quarterfinals. – Rappler.com