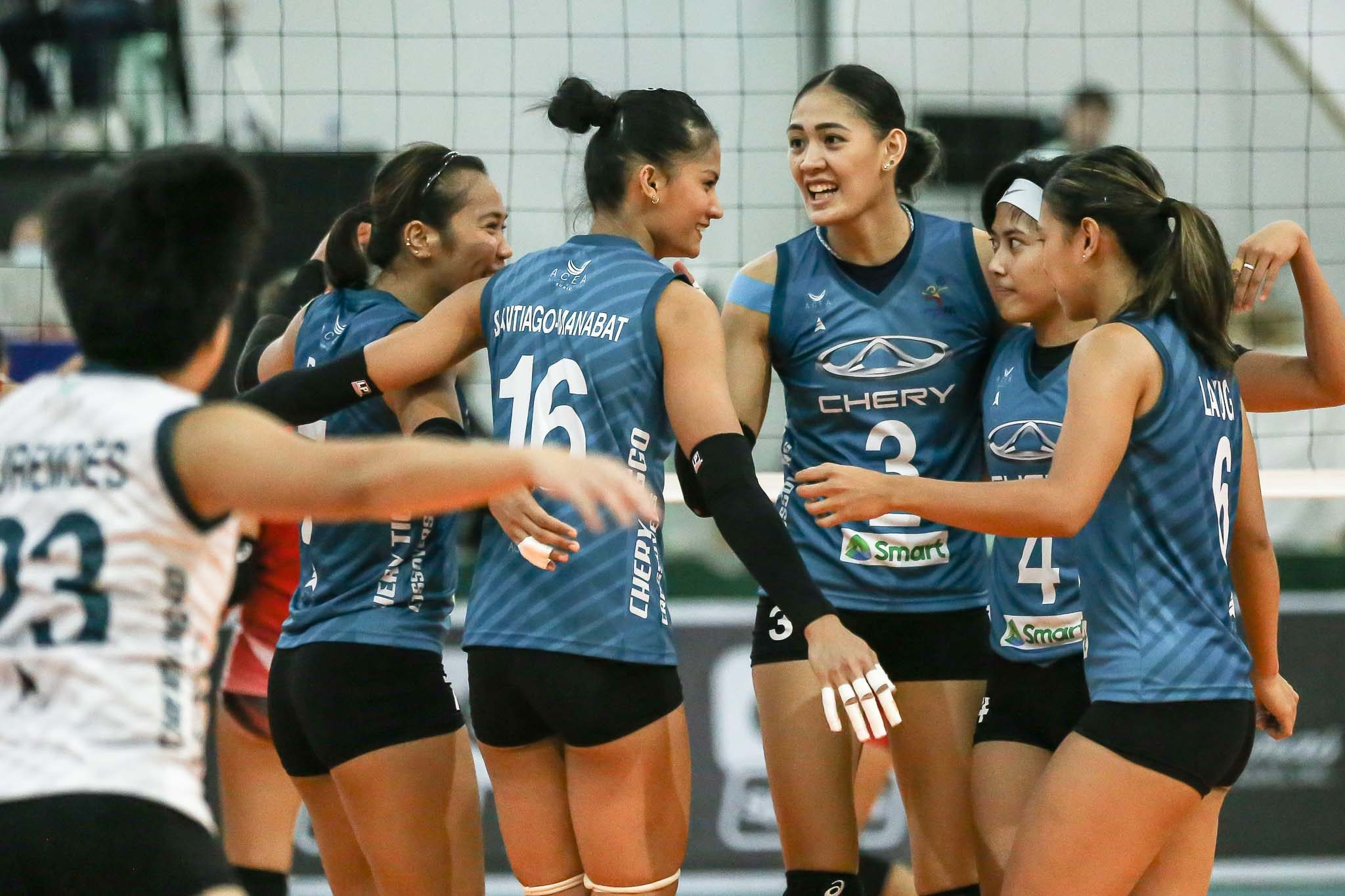 The Chery Tiggo Crossovers proved that they are a team to beat in the 2021 Premier Volleyball League (PVL) Open Conference with a straight-set victory, 25-20, 25-17, 25-6, over the PLDT Power Hitters on Saturday, July 17, at the PCV Socio-civic and Cultural Center in Bacarra, Ilocos Norte.

The Crossovers made their PVL debut worthwhile by also recording the league’s first win as a professional tournament.

Joy Dacoron led Chery Tiggo with 13 points, which included 6 blocks, while Dindin Santiago-Manabat chipped in 12 points with 10 coming from attacks.

Jaja Santiago, who became the first Filipino volleyball player to win an international pro title, had 11 points off 7 attacks and 4 aces.

Santiago proved that she has greatly improved with the Ageo Medics in the Japan V. League as she led Chery Tiggo’s 17-1 run in the final set that decided the win.

Chery Tiggo got off to a strong start thanks to performances of Manabat in the opening frame.

Though PLDT only trailed by one, 16-17, the Crossovers managed to deny the Power Hitters of a comeback to steal the opening set.

With momentum on Chery Tiggo’s side, the Power Hitters struggled with blocking, especially sizing up to the towering Santiago sisters.