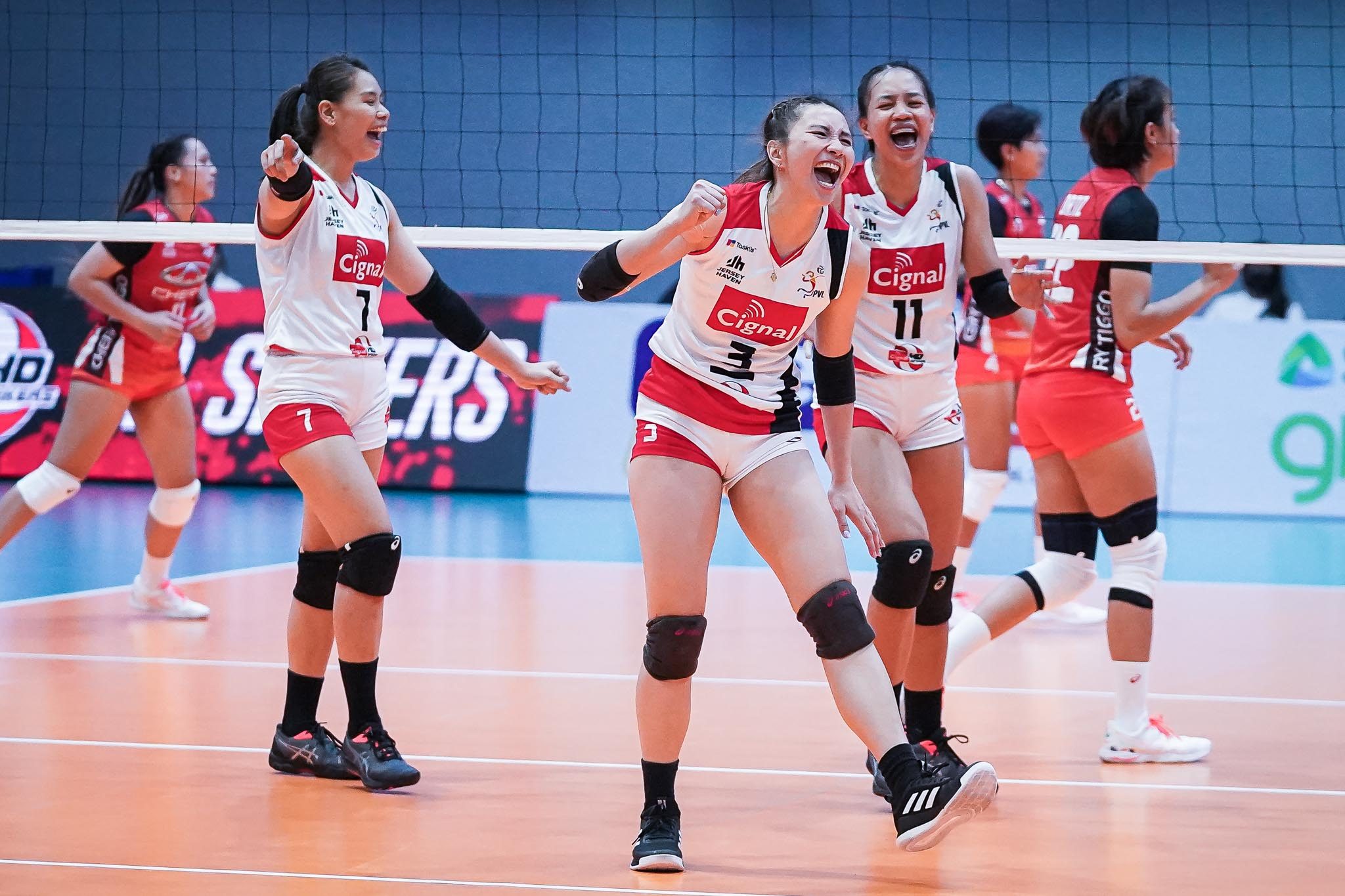 Although the champs kept it close to start the fourth with a 14-all tie, Cignal found a higher gear in the endgame, and completely dominated Chery with an 11-4 finishing blitz, highlighted by back-to-back Daquis points off a kill and a block.

“I just reminded them how we prepared for this first game. I’m happy with this group because they knew when to adjust,” said head coach Shaq Delos Santos in Filipino after the game.

“But we also know we still have a lot to work on because the games are just starting, so we need to prepare even more.”

Even before the game started, Cignal already had to adjust on the fly after Graze Bombita, another new recruit from BaliPure, was stretchered off the court after getting hurt during warm-ups.

However, they quickly got momentum back once the game started after snagging the first set in a back-and-forth battle, setting up what would turn out to be a confidence-boosting win over a Chery Tiggo side missing league MVP Jaja Santiago.

Jaja’s sister Dindin Santiago-Manabat led the way in her absence with a team-high 14 points despite sitting out the third set, while fellow Thailand League import and Best Scorer Mylene Paat came off the bench for 10 markers, all off attacks.

Cignal will now enjoy three days’ worth of rest, and will try to start a winning streak against another powerhouse F2 Cargo Movers on Sunday, March 20, 3 pm.