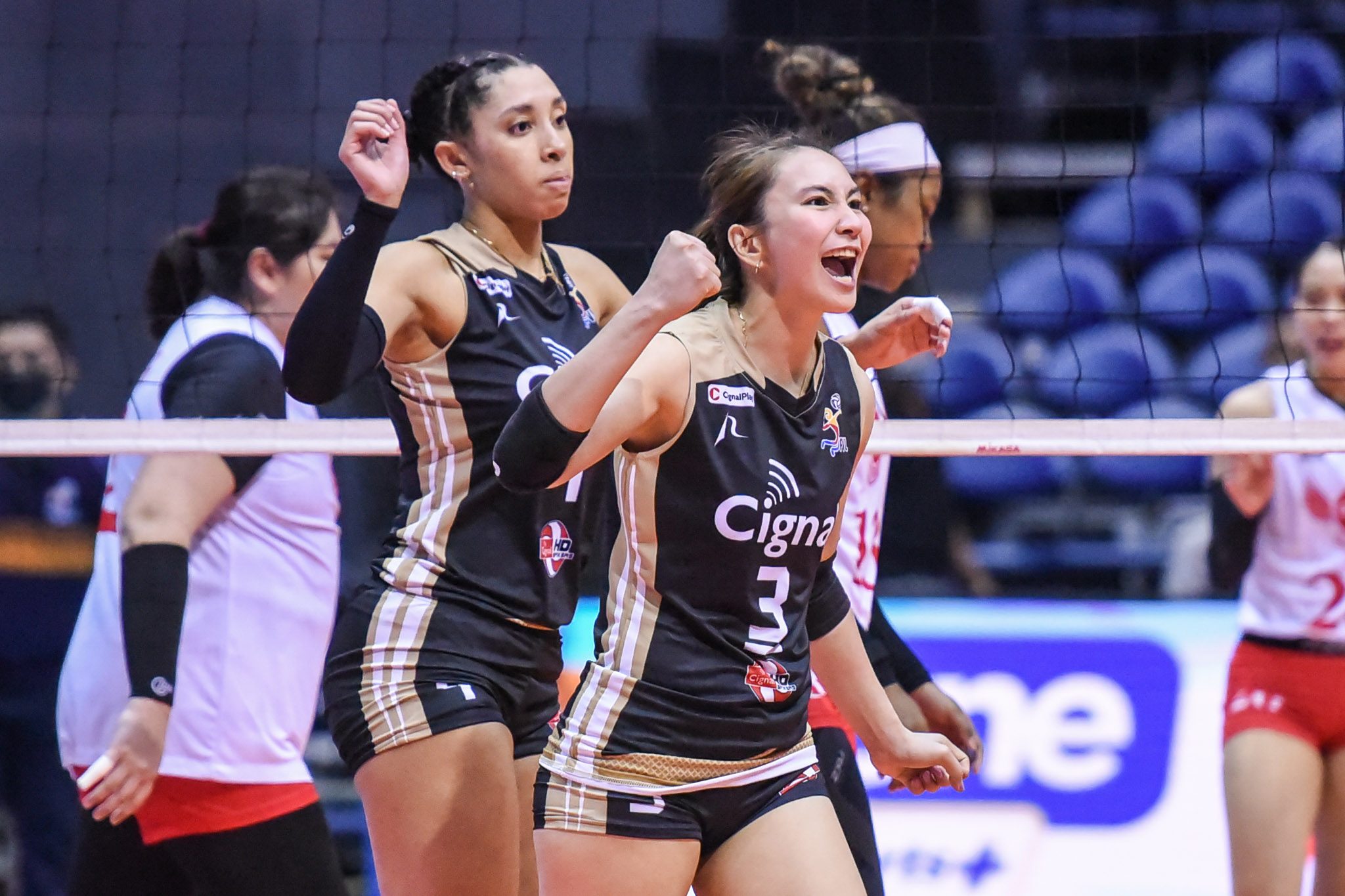 Ria Meneses added 11 points, while Rachel Anne Daquis scored 9, capped by a clutch block on MJ Phillips for the 14-13 lead in the final frame that led to a game-winning Roselyn Doria ace.

“We really slowed down and our performance worsened in the third and fourth sets, but thank the Lord for the win off the team’s and coaches’ effort,” said Cignal head coach Shaq delos Santos in Filipino.

“It’s a really big factor for us to have a great chance for the top four.”

Import Lindsay Vander Weide led all scorers in the sorry loss with 29 points, mostly from the Angels’ dominant comeback rally in the third and fourth sets after wasting a 24-20 second-set lead that led to a thrilling extension in the HD Spikers’ favor.

Meanwhile, the PLDT High Speed Hitters kept their playoff hopes alive by eliminating the Akari Chargers from semifinal contention with a convincing 25-11, 25-21, 25-19 sweep.

Import Elena Samoilenko led the way with 20 points, while Mika Reyes had her best game so far in the conference with 15 points off 10 attacks, 3 aces, and 2 blocks.

Dell Palomata scored 11 in the win that hiked PLDT’s record to 2-4, still on the brink of elimination.

Olympian reinforcement Prisilla Rivera again carried the Akari offense with 23 points after her record-setting 44-point eruption last game. No other Charger scored more than 5 as they slid down to a 2-5 slate.

Cignal and PLDT cross paths next in a sister team showdown on Tuesday, November 15, 2:30 pm, still at the Araneta Coliseum, while Akari plays for pride in its final elimination round assignment against the F2 Cargo Movers at 5:30 pm.

Petro Gazz, meanwhile, will only have a day’s rest before it returns to take on the semis-bound Chery Tiggo Crossovers at 5:30 pm, also at Araneta, while the other playoff-bound squad Creamline Cool Smashers take on the also-ran UAI-Army Lady Troopers at the 2:30 pm curtain-raiser. – Rappler.com