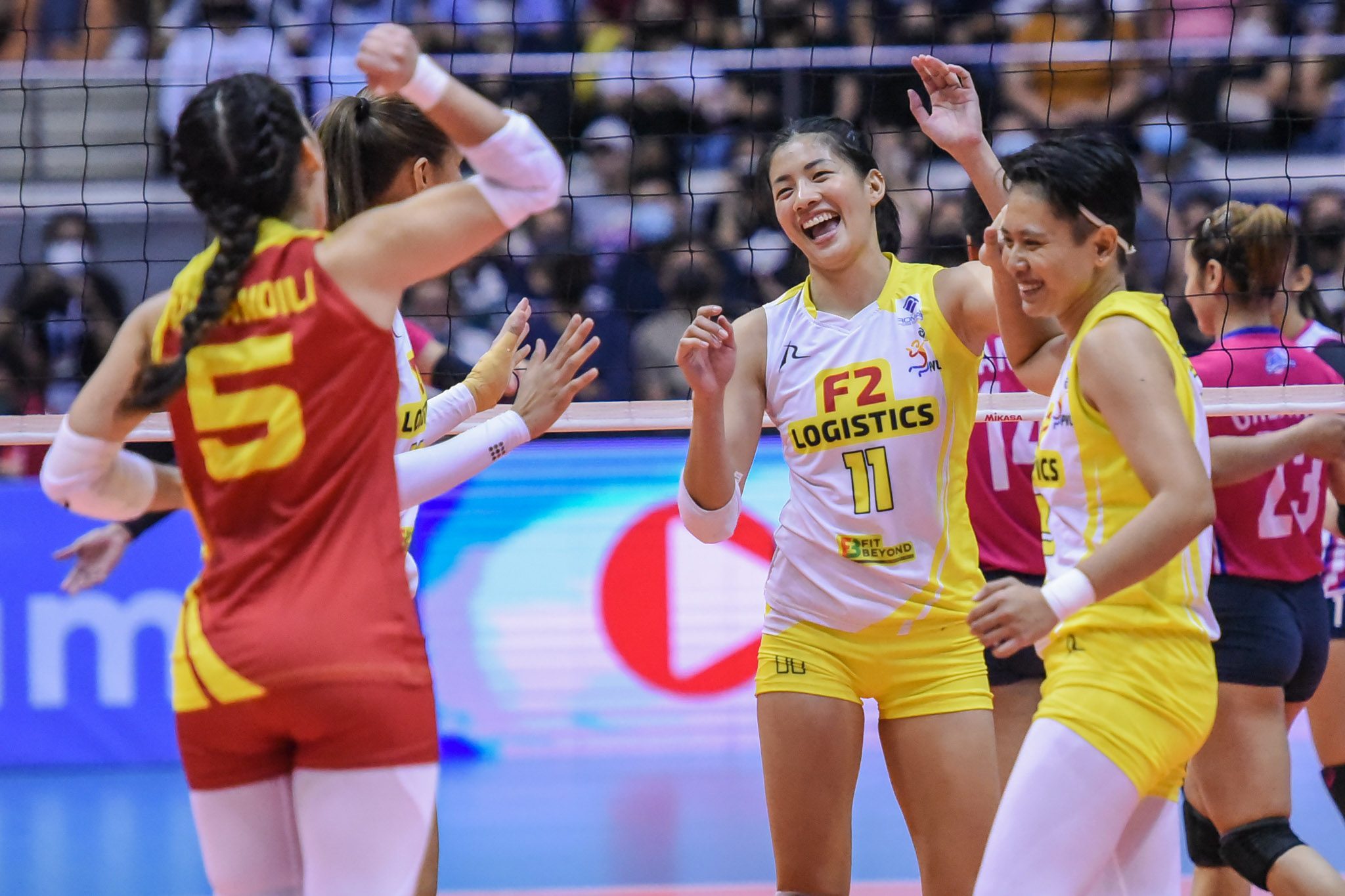 In front of 8,468 fans at the Big Dome, longtime import Lindsay Stalzer showed off with a 27-point outing off 22 attacks, 3 aces, and 2 blocks, while Kianna Dy shored up the defense, outhustling the entire Creamline team with 6 blocks to add to her 18-point total.

Kim Fajardo, meanwhile, rounded out the offense with her playmaking to the tune of 24 excellent sets and 5 points off 4 aces and 1 attack, edging her counterpart Jia de Guzman, who tallied 21 excellent sets.

The Cargo Movers set up a thrilling fifth-set finish after recovering from two close losses in the first two sets with convincing momentum-boosters in the third and fourth frames.

The game stayed close midway through the decider with an 8-all tie after an Alyssa Valdez hit, but F2 pulled away with a crucial 5-1 swing, ending with a Shola Alvarez ace for the 13-9 separation.

Although Dy gifted a point off a service error, 10-13, Stalzer and Elaine Kasilag stepped up with two finishing kills to complete the stunning comeback and hand Creamline its first loss of the season at 5-1. F2, meanwhile, rose back in the thick of playoff contention with its third straight win for a 3-2 slate.

Import Odina Aliyeva squeezed out 20 points off 17 attacks, 2 blocks, and 1 ace in just three sets, while Kat Tolentino bounced back with a 14-point outing after just scoring 8 in five sets against Akari.

Only Royse Tubino breached double-digit scoring over at the losing side with 13 points, while import Laura Condotta lagged behind with just 9 points.

Choco Mucho will have a long nine-day break before its blockbuster November 17 showdown with sister team Creamline at the Mall of Asia Arena. The Cool Smashers, on the other hand, will first go through the win-hungry Army on November 12, still at the Araneta Coliseum.

F2 will also have a long seven-day break before it attempts to extend its winning run to four straight against Akari on November 15, also at Araneta. – Rappler.com