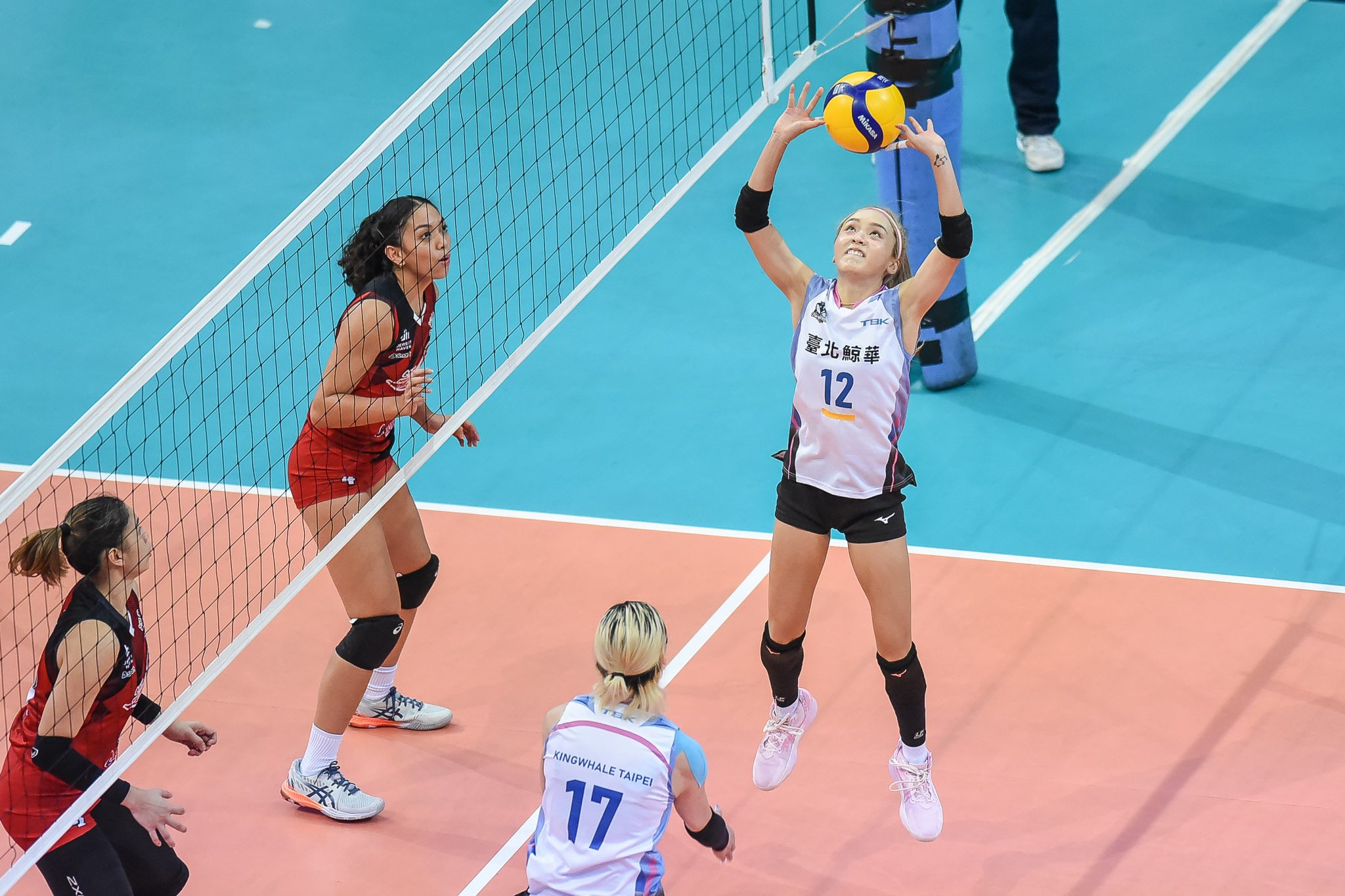 With the win, KingWhale rose to a 2-0 record in its second straight game day, and helped 3-0 Creamline clinch the first spot in the gold medal match by sending PLDT to a 2-2 finish in the semifinal round.

The Cignal HD Spikers, currently holding a 1-2 record, can also only go as high as 2-2, while the Army Black Mamba Lady Troopers already bottomed out at 0-4.

Despite falling in a close third-set war, PLDT rallied with a decisive fourth-set finish, and even led 12-8 late in the do-or-die fifth frame off a Jules Samonte hit.

However, the local team’s defense faltered at the worst time possible as KingWhale fired off a 6-0 response capped by a Chen Li-Jun kill for the 14-12 match point.

Jovy Prado only managed to save one match point before a Mika Reyes service error put an unceremonious end to PLDT’s late collapse.

Middle blockers Dell Palomata and Reyes carried the offense behind Dimaculangan’s playmaking with 19 and 17 points, respectively, while the much-improved Samonte scored 16.

KingWhale can now seize the second spot in the knockout final with a highly anticipated match against Creamline on Friday, August 12, 4 pm, at the FilOil EcoOil Centre.

Meanwhile, PLDT now hopes that Taipei loses its last two assignments to even have a shot at the gold medal match by way of the tiebreaker system. – Rappler.com