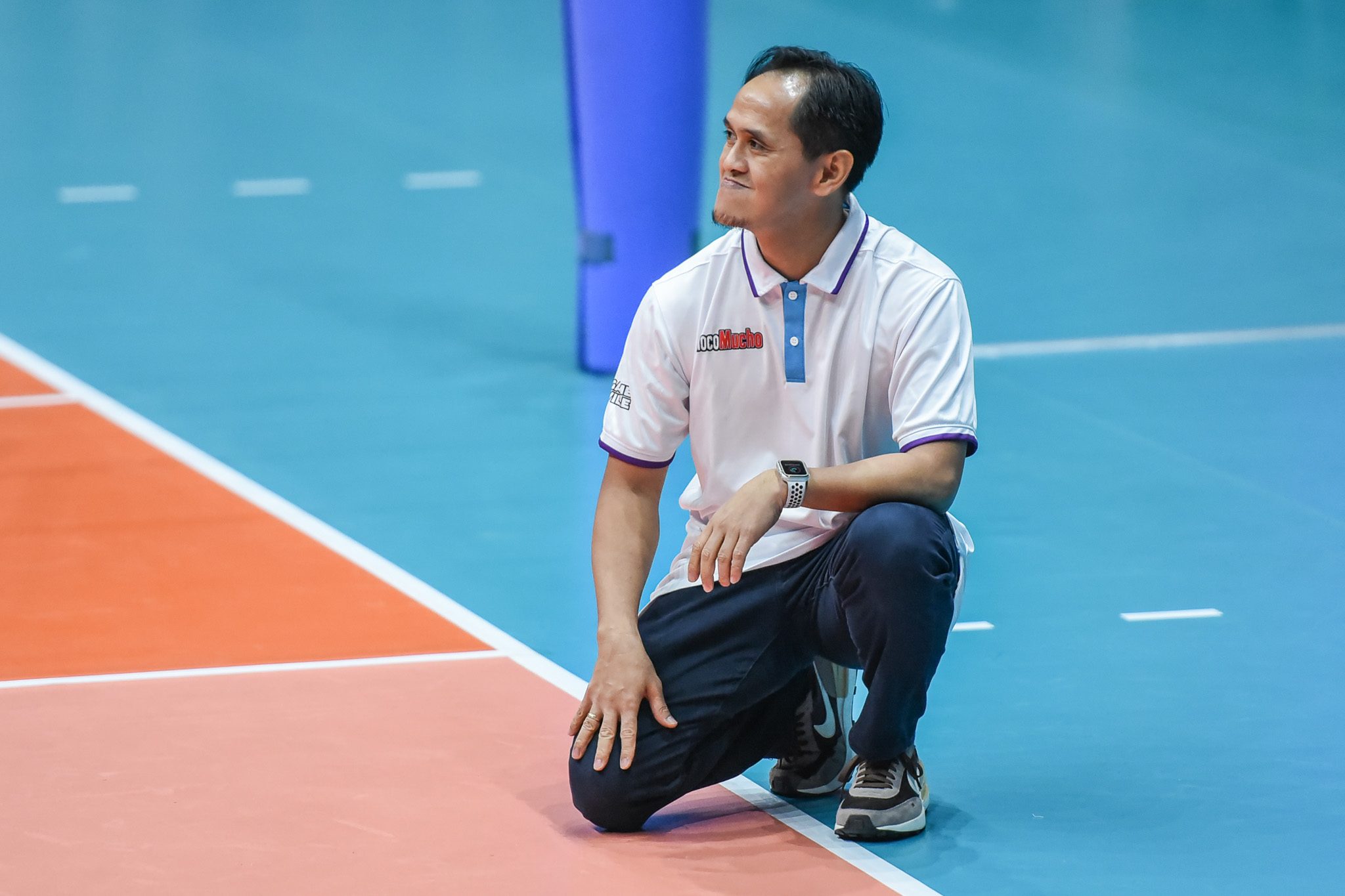 Just hours before its 2:30 pm game against UAI-Army – the first-ever PVL match at the Araneta Coliseum – Choco Mucho confirmed Almadro’s resignation in a statement and thanked him for his contribution since the formation of the team in 2019.

“Coach O has embodied what Titan Pride is all about – the work ethic and passion for the sport. Rebisco Management has nothing but admiration for Coach O, and we are sincerely grateful for his trust, faith and courage throughout his tenure,” the statement read.

“On behalf of Rebisco Management, we will continue to support your endeavors of bringing out the best in your players and the sport,” it added.

Assistant Edjet Mabbayad will take over as interim head coach.

“Being the head coach of Choco Mucho Flying Titans has become one of the greatest blessings and opportunities that I have received,” Almadro said in a statement.

“I would like to thank Sir Jonathan Ng, Rolly Delfino, Alan Acero, Atty. Lily Kho Gruba, Aileen Rodas, Lizanne Co, and the whole of Rebisco Management for entrusting me with this team. I would also like to thank my players and coaching staff who became part of my growth as a professional volleyball coach,” he added.

Although Almadro oversaw the Flying Titans’ stratospheric rise in popularity in the PVL, he was ultimately unable to guide the young franchise over the hump – with multiple conferences ending in playoff heartbreak, just at the cusp of an ever-elusive podium finish.

“I am grateful to the fans who supported and prayed for me in my coaching stint with the Flying Titans,” he continued. “Last but not the least, I would like to thank my family who is always with me in my journey no matter what.”

Almadro ends his tenure with a 23-27 win-loss record, including a 2-3 slate in the ongoing Reinforced Conference.

He now returns full time to his longtime collegiate home in Ateneo, where he won three straight titles from UAAP Seasons 77 to 79 as head coach of the men’s volleyball team. – Rappler.com