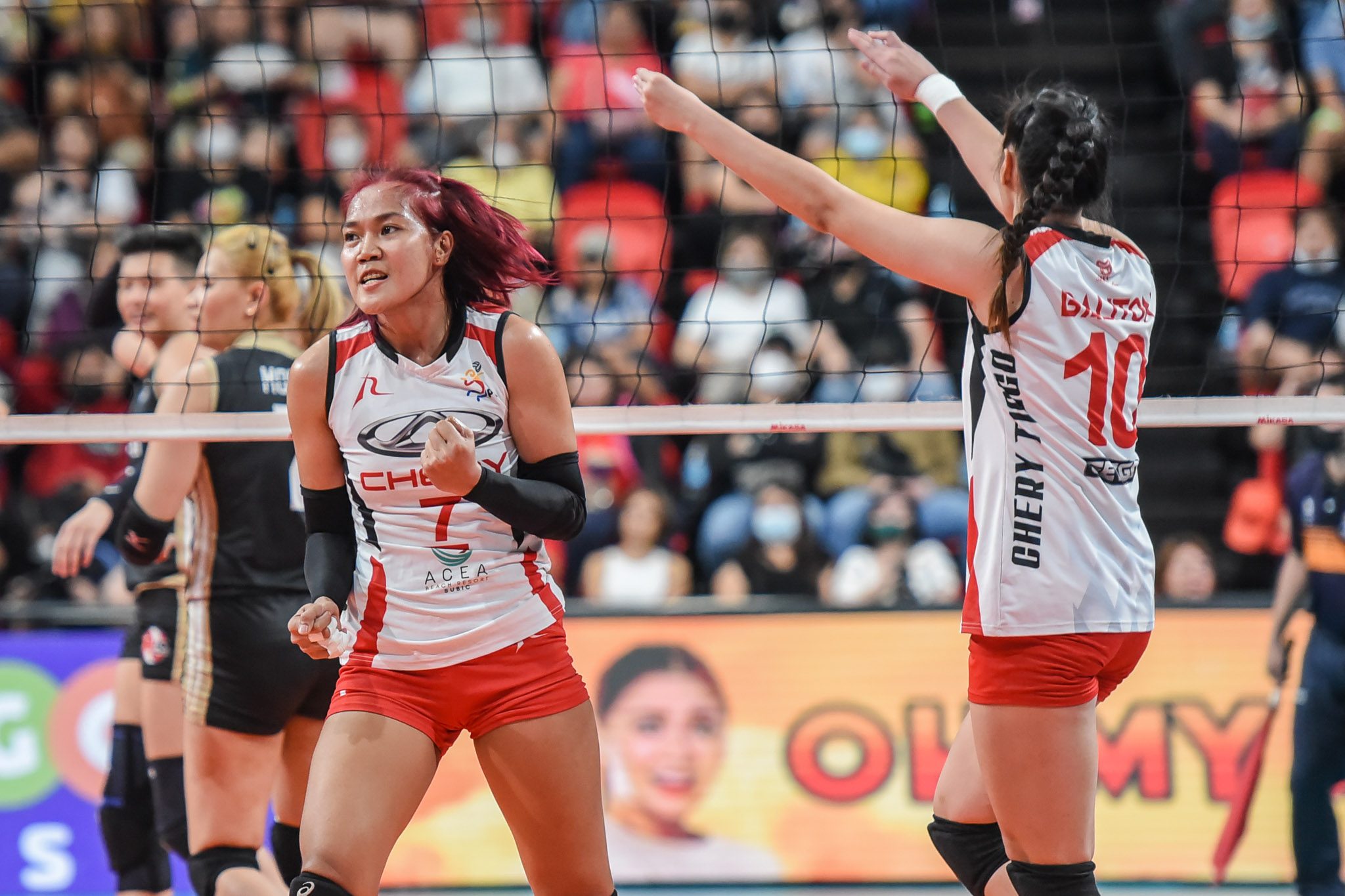 Affectionately nicknamed “Paatchaporn” by fans this conference for her import-like scoring outbursts, the former Adamson standout and Thailand league import led the Crossovers to the second seed with a 6-2 elimination round record.

However, Chery Tiggo blew its tires in the playoffs as it skidded to a 0-5 slate to end up in fourth place behind the Creamline Cool Smashers.

Creamline, meanwhile, got its two most reliable stars on the individual awards list as Alyssa Valdez copped a Best Open Spiker award, while Jia de Guzman extended a league record with her seventh Best Setter citation.

Petro Gazz, on the other hand, was bolstered in its championship run with the stellar defense of Best Middle Blocker MJ Phillips and the steady leadership of Best Import Lindsey Vander Weide and Best Open Spiker Myla Pablo, a former two-time PVL MVP.

Moving back to Chery Tiggo, Buding Duremdes copped the Best Libero citation as Paat rounded out the awardees with the Best Opposite Spiker plum.