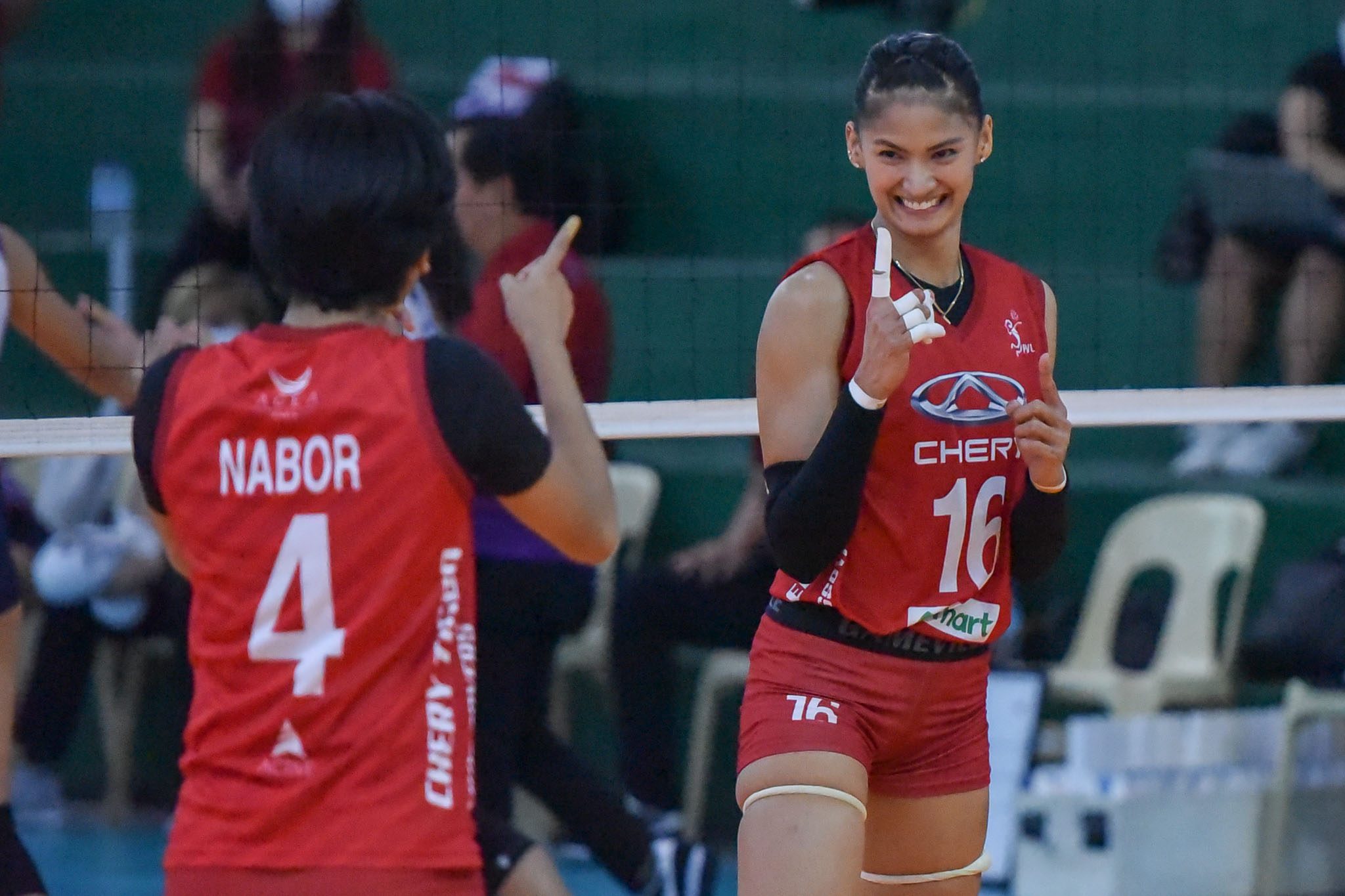 SWEEP. Dindin Santiago celebrates with Jasmine Nabor in Game 2 of the semifinals.

Jasmine Nabor set her teammates up with 28 excellent sets and 3 points, all off aces, to win Player of the Game honors. The Santiago sisters primarily benefited from her playmaking as Jaja and Dindin tallied 17 and 16 points, respectively.

Choco Mucho looked primed to tie the do-or-die game at one set apiece in the second after Caitlyn Viray pushed the lead to 24-22.

However, the Titans shot themselves in the foot after a Kim Gequillana service ace, and a set-ending Kat Tolentino attack error sandwiched two hits from each Santiago sister for a stunning 4-0 finishing kick.

Choco Mucho faltered in the clutch a few more times after that as a crucial rotation error capped a late  4-0 run to give Chery Tiggo a 22-20 lead in the deciding third set.

Although the Titans tied up the game at 23-all, they practically gifted the last finals ticket to the Crossovers after a Mylene Paat point was followed by a Choco Mucho four-touch error to end the game for good.

Chery Tiggo head coach Aaron Velez noted after the win that the breaks of the game simply must go one team’s way.

“In volleyball, the ball is really round, so credit also to Choco Mucho for giving a good fight. They were able to push us to our full potential, and hopefully we can sustain it,” he said.

“We just have to be confident [in the finals against Creamline], count our blessings, and at the same time, fight for what we believe in.”’

Kat Tolentino paced the Titans in another sorry loss with 12 points, all off attacks, while Maddie Madayag added 11 markers off 8 spikes, and a game-high 3 blocks.

They will have no time to wallow in heartbreak as they are relegated to a best-of-three battle for third series against the Petro Gazz Angels starting immediately on Wednesday, 2 pm, their fifth straight game day. – Rappler.com