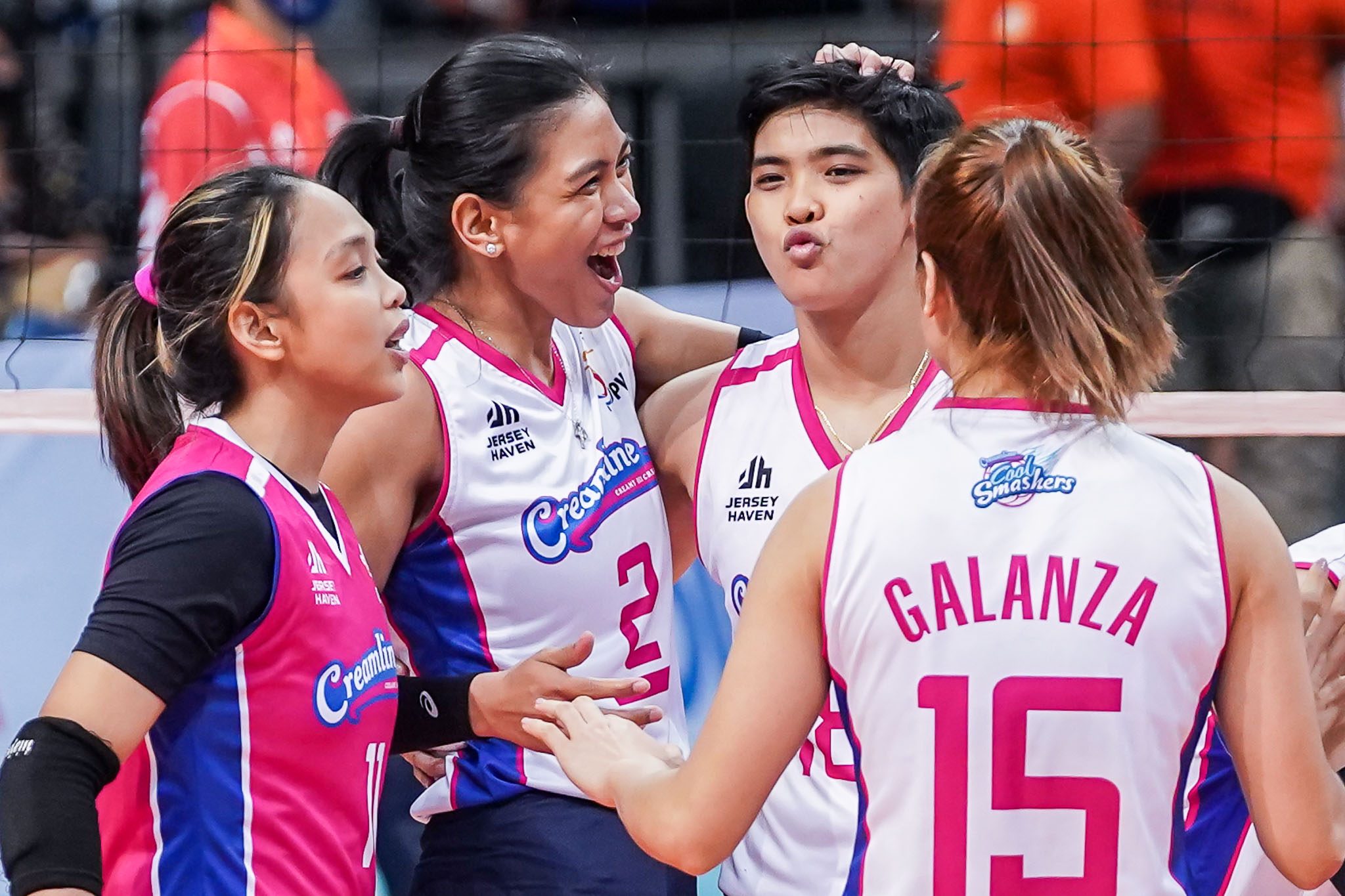 With the win in front of nearly 17,000 fans at the Mall of Asia Arena, the undefeated Cool Smashers clinched their sixth straight finals appearance dating back to 2018, and now await the winner of the best-of-three semifinals series between Cignal and Petro Gazz.

Pangs Panaga and Ced Domingo combined for 7 blocks, and tallied 10 and 9 points, respectively.

Off a tight 1-all set tie, Choco Mucho held a slim two-point lead in the third, 14-12, before the more experienced Creamline powered through with a pivotal 9-1 run ending with a Jia de Guzman ace for the 21-15 turnaround advantage.

Choco Mucho then responded to Creamline’s 6-1 start in the fourth with a 6-1 blitz of its own thanks to a timely check-in of captain Bea De Leon.

The Titans managed to keep it close within two, 12-14, but the specter of Game 1 came back to haunt them as the Cool Smashers again finished off the game – and the series overall – with an insurmountable 11-3 finishing kick to stay undefeated in the conference.

“We’re thankful because we recovered from the first-set loss,” said head coach Sherwin Meneses. “We came up short in the first, but once again, the maturity of Creamline showed.”

“In terms of discipline, we’re just playing the right way in order to win.”

Kat Tolentino and Des Cheng paced the contention-ending loss with 14 and 13 points, respectively, while De Leon, in her first off-the-bench nod for the conference, bounced back in her own way with 9 markers.

Regardless of the result of Game 2 between Cignal and Petro Gazz, the finals will start on Wednesday, April 6, still at the MOA Arena. – Rappler.com