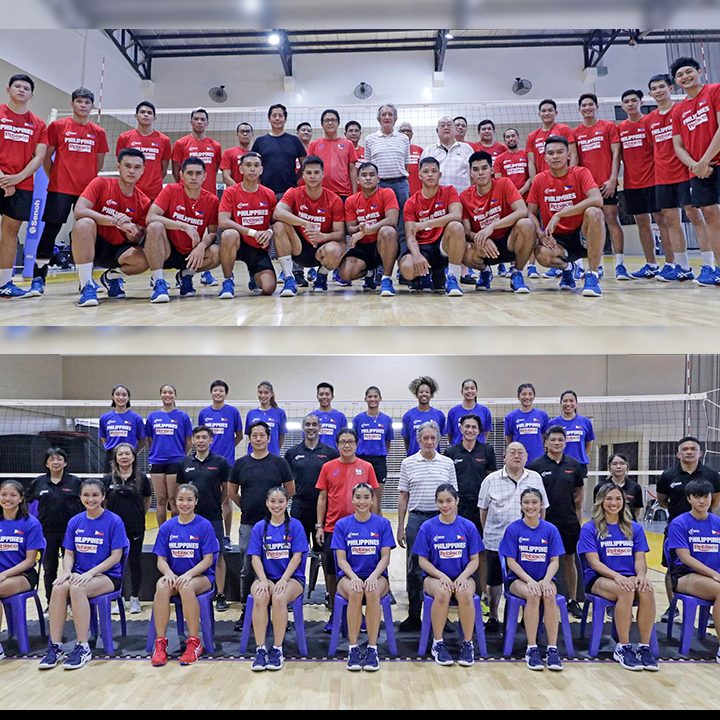 CLUB VOLLEYBALL. Philippines will be competing against top clubs in Asia.

The Rebisco men’s and women’s volleyball teams and Choco Mucho have been selected to represent the Philippines in the Asian Club Volleyball Championships in Nakhon Ratchasima, Thailand.

The Rebisco women’s team and Choco Mucho will leave on September 27 for the women’s championship which will be staged from October 1 to 7.

Brazilian consultant-coach Jorge Edson Souza de Brito will make his Philippine team debut as the coach of Team Rebisco led by team captain Aby Maraño, while Odjie Mamon will make a return to the international stage as the coach of Choco Mucho, bannered by Iris Tolenada.

The men’s club team, on the other hand, will follow on October 4 in order to prepare for the tournament from October 8 to 14.

Dante Alinsunurin remains as the head coach of the men’s team after leading the squad to a 2019 Southeast Asian (SEA) Games silver.

Even without stars Marck Espejo and Bryan Bagunas, who signed with international professional clubs, the men’s team is still intact with John Vic de Guzman as team captain.

The teams are currently training in a semi-bubble set-up at the Aquamarine Gym in Lipa City. – Rappler.com