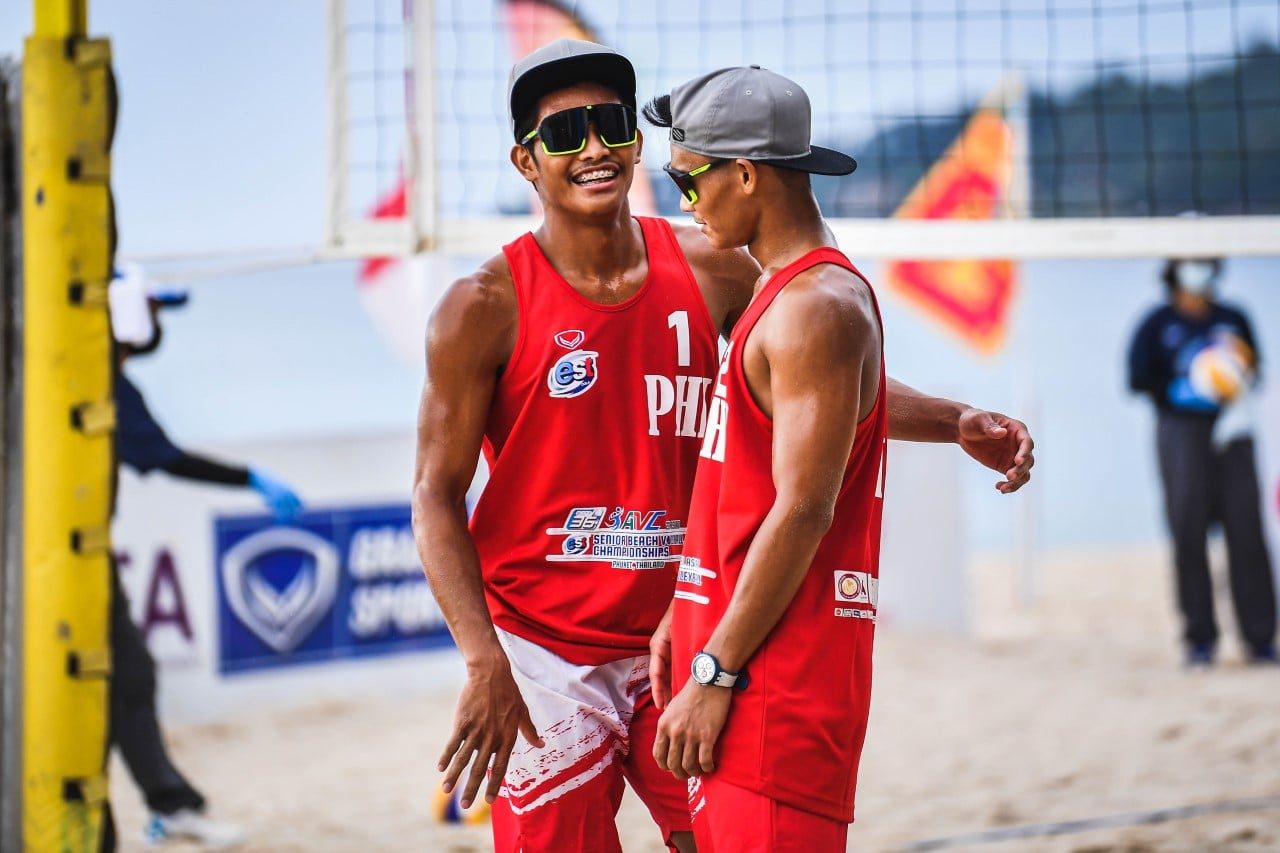 The Philippines matched a milestone in men’s action as the pair of Jude Garcia and Krung Arbasto wrapped up their campaign in the top eight in the 2021 Asian Senior Beach Volleyball Championships.

Garcia and Arbasto narrowly lost their Final Four bid after yielding to Iran’s Bahman Salemi Injehboroun and Abolhassan Khakizadeh, 21-19, 13-21, 15-12, in the quarterfinals on Friday, November 26 in Phuket, Thailand.

The duo matched the country’s best finish in the competition in 2007 when Rhovyl Verayo and Parley Tupaz made the final eight in Songkhla also in Thailand.

The Garcia-Arbasto tandem, a two-time Beach Volleyball Republic champion, forced a decider after a commanding second-set win, 21-13, where they came out firing early.

The Filipinos kept pace in the thrilling final set before yielding to the Iranians in the endgame, 15-12.

The Philippine women’s team also wrapped up their campaign a day earlier, with the pairs of Sisi Rondina and Bernadeth Pons, and Dij Rodriguez and Gen Eslapor both reaching the round of 16.

The other men’s duo of AJ Pareja and James Pecaña, meanwhile, didn’t get past pool play. – Rappler.com