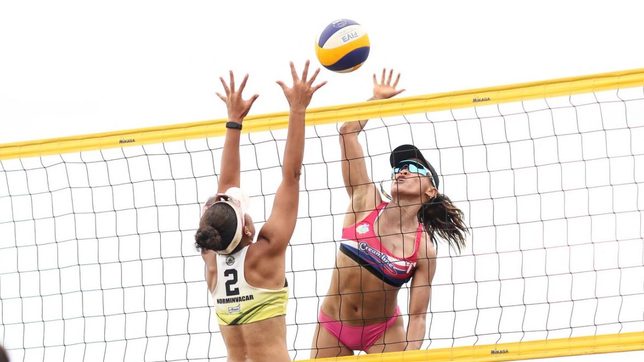 The Creamline 1 duo swept Good Health-CDO tandem Babylove Barbon and Gen Eslapor in the women’s final to bag the first leg title of the BVR on Tour in Santa Ana, Cagayan on Monday, October 25.

Rondina won her fourth BVR gold and her second with Pons as the Cool Smashers nailed all of their six matches without dropping a single set.

It took more than two years for Rondina and Pons to clinch another BVR crown as the tour went into a long hiatus due to the pandemic.

The national team pair is heavily favored to rule the second and final leg slated on Thursday, October 28, as Rondina and Pons continue to gear up for the Asian Seniors Beach Volleyball Championship in November.

“We need to focus on our goals,” Rondina said in Filipino.

Arbasto, who won his second BVR gold, took over as the Cool Smashers broke a 12-12 deadlock in the decider with 3 straight points to prevail.