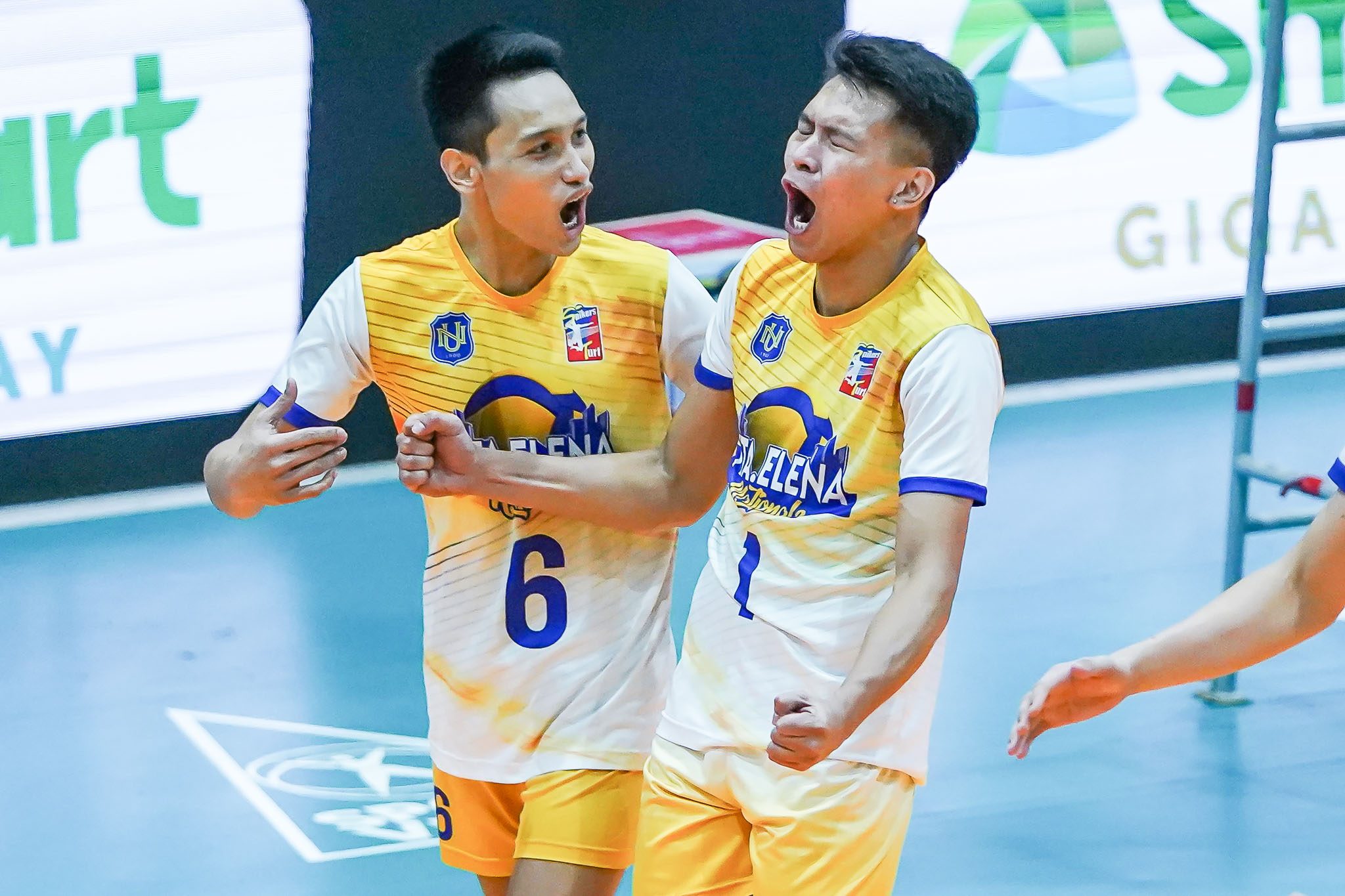 Buds Buddin repeated his Game 1 performance of 22 points to capture the Finals Most Valuable Award honors.

NU-Sta. Elena claimed its first-ever title in the league at the expense of the defending champions after a heart-stopping end to the contest.

With NU trailing 20-22 after Ysay Marasigan scored for Cignal HD, Kennry Malinis and Buddin combined to score 3 straight markers to go ahead, 23-22.

Peter Torres then scored a down-the-line attack to knot the game at 23-all, before a Cignal error and an off-the-block kill by Buddin sealed the deal for NU-Sta Elena.

Marasigan topscored for the HD Spikers with 17, while Best Outside Spiker Marck Espejo and Louie Ramirez fired 16 apiece.

The two teams split the first two periods in comeback fashion with NU-Sta. Elena emerging from a 4-point deficit, while the HD Spikers faced the same deficit in the second set.

The Nationals went ahead in the third set after controlling the pace, which was almost threatened by another comeback bid by the dethroned champions, coming to within one after going down in a 21-14 hole.

After dropping the first set, the Sealions took command of the contest, seizing the next two frames to go ahead.

However, they almost faltered in the closing moments of the fourth set, before Alfred Pagulong committed a service error to get their best finish since the 2015 Reinforced Conference, where they ended up fourth.

The Navy Sealions were led by Ronniel Rosales’ 15-point effort, and a balanced scoring output from Greg Dolor, Peter Quiel, and Joeven Dela Vega, who combined for 37 markers.

“I am so happy because Navy has been playing for a long time and haven’t secured a podium finish. The team now is great because we got a bronze,” Dolor said in Filipino.

“We are so happy because we trained for just two months but our team fought until the end. If we remain consistent, we will soon make the championship round,” he added.

John San Andres, who was named one of the conference’s best outside hitters, topscored for the Griffins with 19 points in a losing effort. – Rappler.com