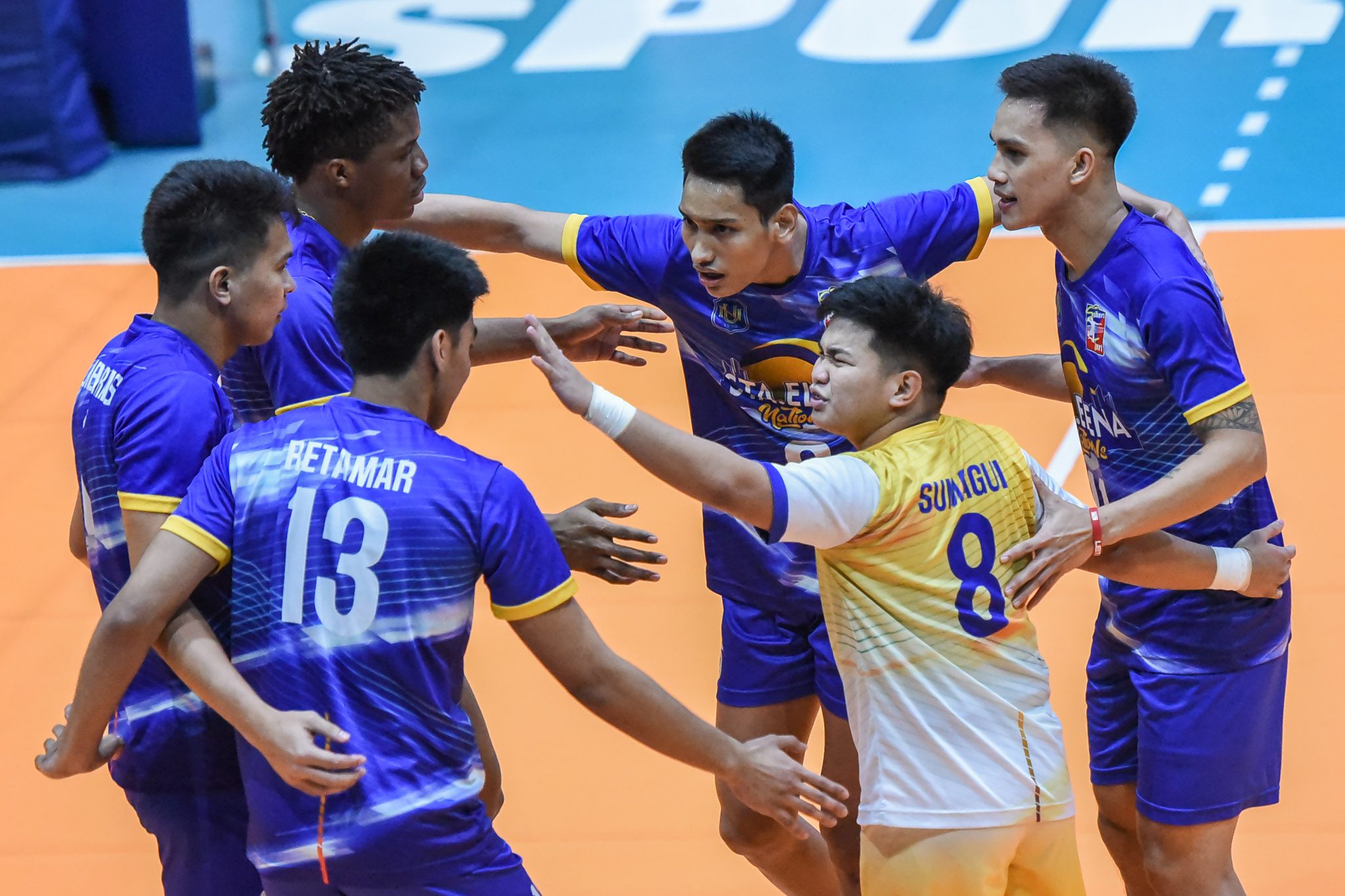 The Nationals’ stars all came out to play as Mike Buddin led the tone-setting win with 22 points off 17 attacks, 3 blocks, and 2 aces, while Nico Almendras backstopped with a 20-point effort.

NU can now complete its dethroning bid with a series sweep on Saturday, October 1, 5:30 pm.

Joeven dela Vega was the game’s lone double-digit scorer with 14 points off 10 attacks, 3 blocks, and an ace, while EJ Casana erupted for 20 excellent sets in the three-set conquest.

Ish Polvorosa paced the loss with 16 excellent sets as Ben San Andres was held to just 9 points – still a team-high.

The Navy will also shoot for a series sweep for the third-place finish on Saturday, 2:30 pm.

However, if NU-Sta. Elena wins the championship that day, but VNS-One Alicia ties the bronze medal series at 1-1, the series will still immediately end, and tiebreakers will be used to determine the bronze medal winner. – Rappler.com