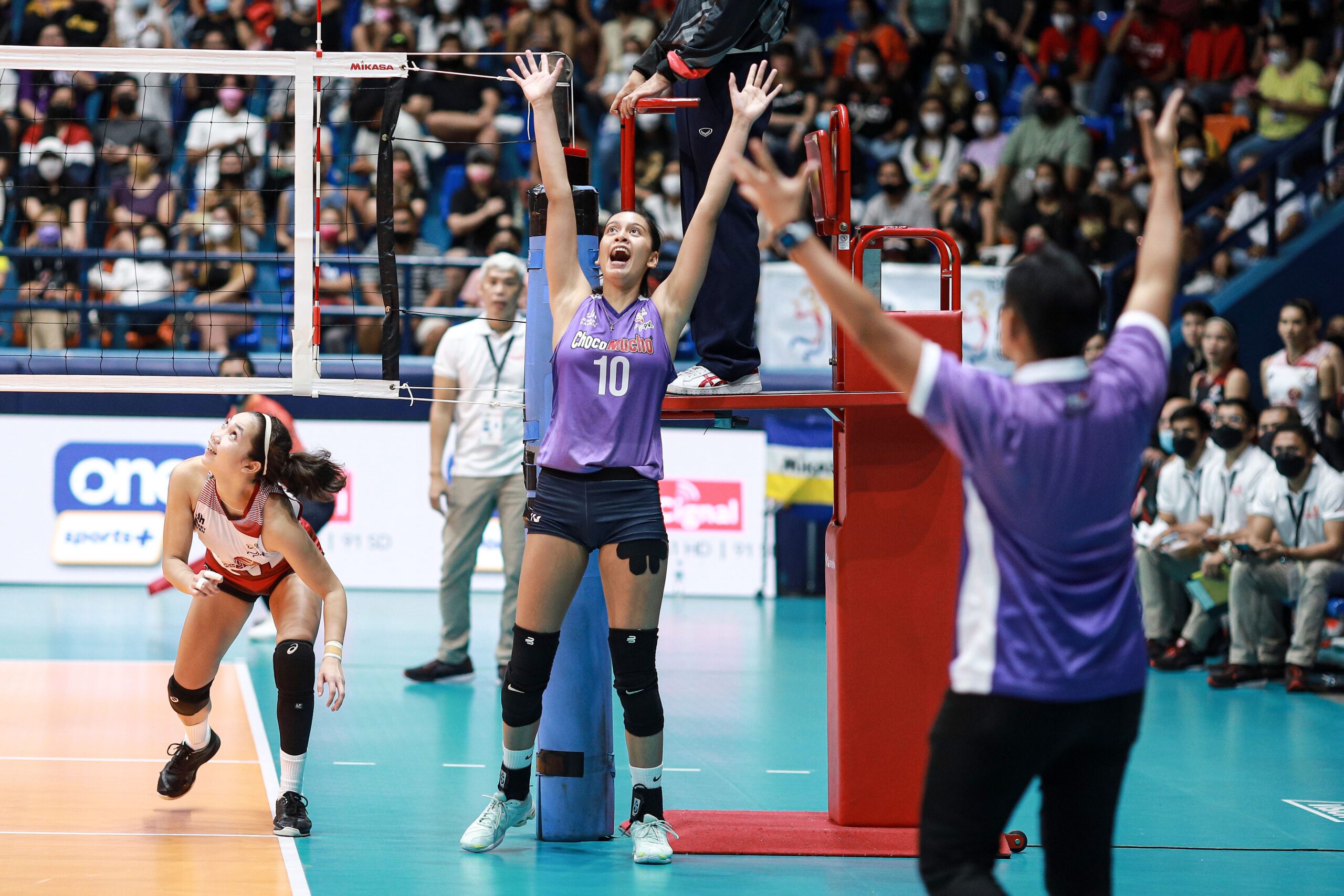 MANILA, Philippines – Little did Kat Tolentino know that when she left the Mall of Asia Arena after another heated Ateneo-La Salle volleyball rivalry game back in March 2020, that would be the last time in a long while that she would feel the fans’ energy around her.

Fast forward to the present, and now in full-time duty for the Choco Mucho Flying Titans, the star spiker relished every single second of cheering she got as her team dug deep in five sets to clinch a 2022 Premier Volleyball League (PVL) semifinals spot against gutsy PLDT.

Tolentino, who has spent the majority of her career so far always surrounded by thousands of adoring fans, was nothing but grateful for their return amid the most crucial stretch of the PVL conference.

“They’re just so supportive. I mean it’s the first day back, and we saw how early they lined up for tickets. I’m just so thankful that they’re willing to sacrifice their time and their money also to watch us.”

Mika Reyes and the High Speed Hitters gave the fans a show they deserved, and brought the fight to the Titans as they earned a nail-biting 31-29 third set win – the longest set of the conference by far – before Choco Mucho took control in the latter two frames.

“Seeing how packed it is just shows how that volleyball spirit was never lost, Tolentino continued. “I mean, if ever, it’s just even stronger now that we’re finally able to have them here.”

The rabid PVL fan base is again expected to push the limits of the San Juan arena even further by Friday, April 1, as sister squads and top fan favorites Creamline and Choco Mucho clash in the best-of-three semifinals series. – Rappler.com