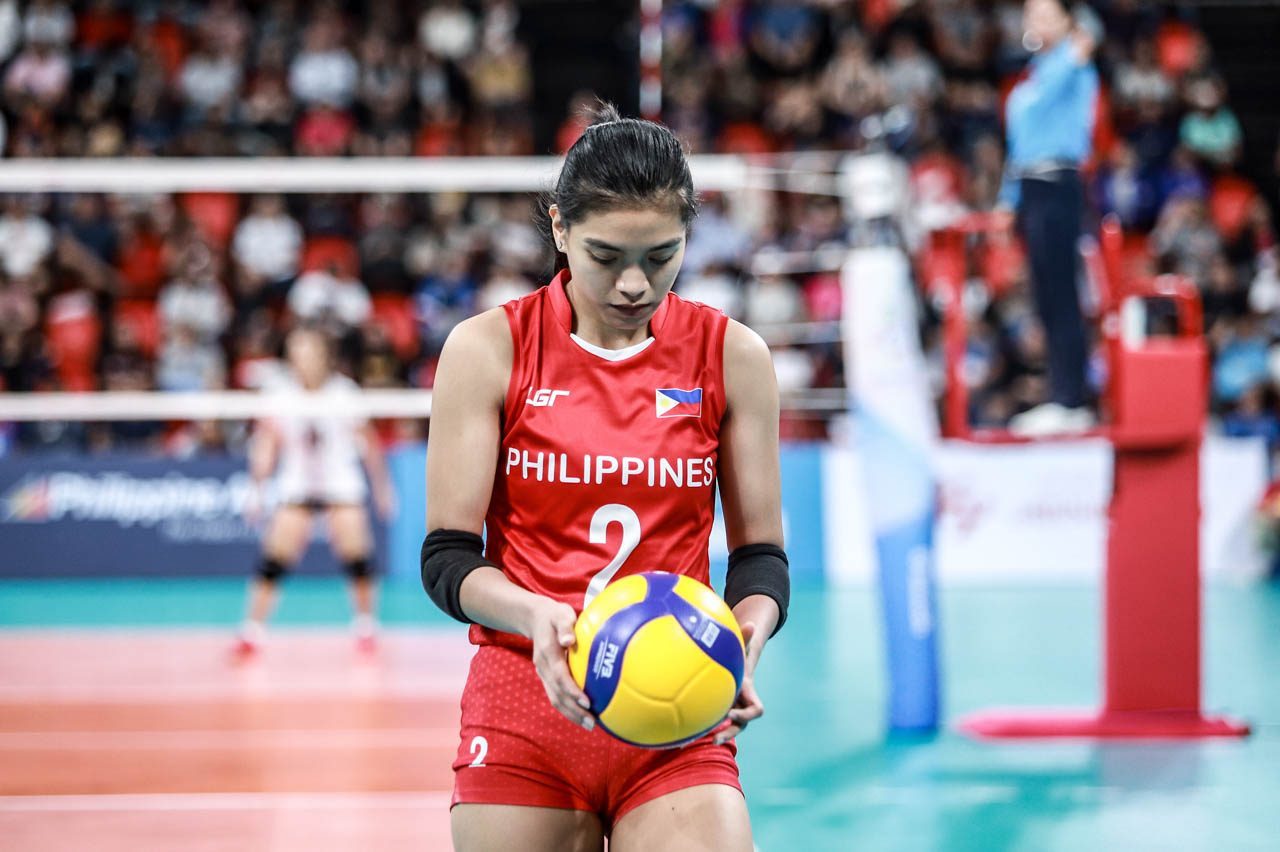 WIN AGAIN. Alyssa Valdez and the Philippine women's volleyball team notch a win after losing all their matches in the 2019 SEA Games.

MANILA, Philippines – The Philippine women’s volleyball team got off to a sterling start in the Southeast Asian Games in Vietnam with a sweep of Malaysia at the Dai Yen Arena in Quang Ninh on Friday, May 13.

Jaja Santiago, Ces Molina, and Mylene Paat took turns punishing the Malaysians as the Filipinas cruised to a 25-14, 25-20, 25-15 win to kick off their bid for a first SEA Games podium finish since 2005 on a high note.

The Philippines squandered a commanding 8-1 lead in the second set and allowed Malaysia to get on the front seat, 18-15, before getting its act together.

Coming off the bench, Kat Tolentino scored a hit and block in a 4-0 run that gave the Filipinas an 19-18 edge, while Santiago, Molina, and Ria Meneses strung 3 straight points to end the set.

Molina and Paat continued to deliver the goods in the third frame as the Philippines grabbed a sizable 18-5 lead on its way to the straight-sets victory.

Santiago finished with 15 points spiked by 10 attacks and 5 blocks, while Molina delivered 12 points, with 3 coming from services aces.

Paat fell a point short of a double-digit outing as she posted 9 points, all but one from attacks.

The Filipinas also drew strength from Meneses and veteran Alyssa Valdez, who chalked up 7 points apiece in the swift win that lasted just an hour and seven minutes.

Playing two games in as many days, the Philippines is not given any reprieve as it tangles with defending champion Thailand on Saturday.