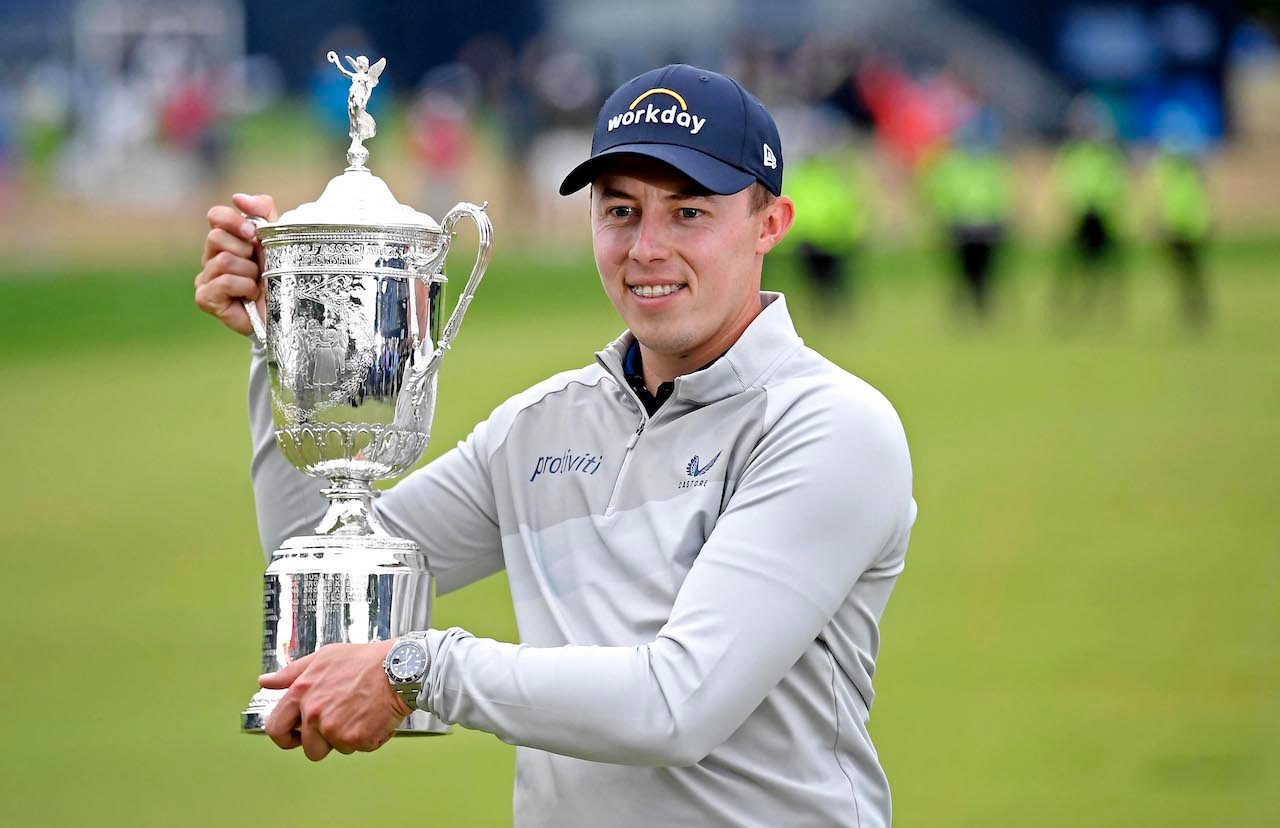 CLUTCH. Matthew Fitzpatrick lifts the US Open trophy after a nerve-wrecking final round.

MASSACHUSETTS, USA – After struggling with shots out of fairway bunkers in earlier rounds of the US Open, Matthew Fitzpatrick pulled off the biggest shot of all when it mattered most on Sunday, June 19, to secure the biggest win of his career.

The 27-year-old Englishman stepped up to the final hole at The Country Club outside Boston with a one-shot lead. With the title in his grasp, he drove straight into a left fairway bunker.

Under career-defining pressure, Fitzpatrick produced an approach shot from 161 yards out that was nothing short of magnificent, the ball settling 18 feet from the cup to all but wrap up the victory.

“It’s one of the best shots I ever hit, there’s no doubt about it,” Fitzpatrick told reporters.

Fitzpatrick two-putted for par and then watched as playing partner Will Zalatoris, who needed a birdie to force a playoff, rolled his 14-footer just left of the hole.

When Fitzpatrick’s ball landed in the 18th hole bunker, the tension of what had already been a tightly contested back-nine battle ratcheted up several notches. A bogey would have crushed his dreams, given Zalatoris had bombed his drive safely up the fairway.

Fitzpatrick, who said the lie in the bunker forced him not to aim directly at the pin, had already produced a ball-striking masterclass down the stretch. Still, the shot to the green at 18 will certainly find a spot in the annals of golf history.

“When I look back, it just all happened so fast,” said Fitzpatrick. “It was like just kind of natural ability took over and just played the shot that was at hand, as if I was a junior trying to hit it close.”

“And I didn’t mean to do that, but I just committed to the shot we kind of planned … Yeah, it was amazing.”

Zalatoris, sensing his opportunity to finally clinch a major title after two previous runner-up finishes, could not help but take a peek at Fitzpatrick’s ball in the bunker as he walked up the fairway and after could only tip his hat at the shot.

“Matt’s shot on 18 is going to be shown probably for the rest of US Open history because that – I walked by it, and I thought that going for it was going to be ballsy, but the fact that he pulled it off and even had a birdie look was just incredible,” said Zalatoris.

“So hat’s off to him. He played great all week obviously and gave a solid round today.” – Rappler.com