Zverev predicts Djokovic, Medvedev, and himself to form ‘Big Three’ in 2022 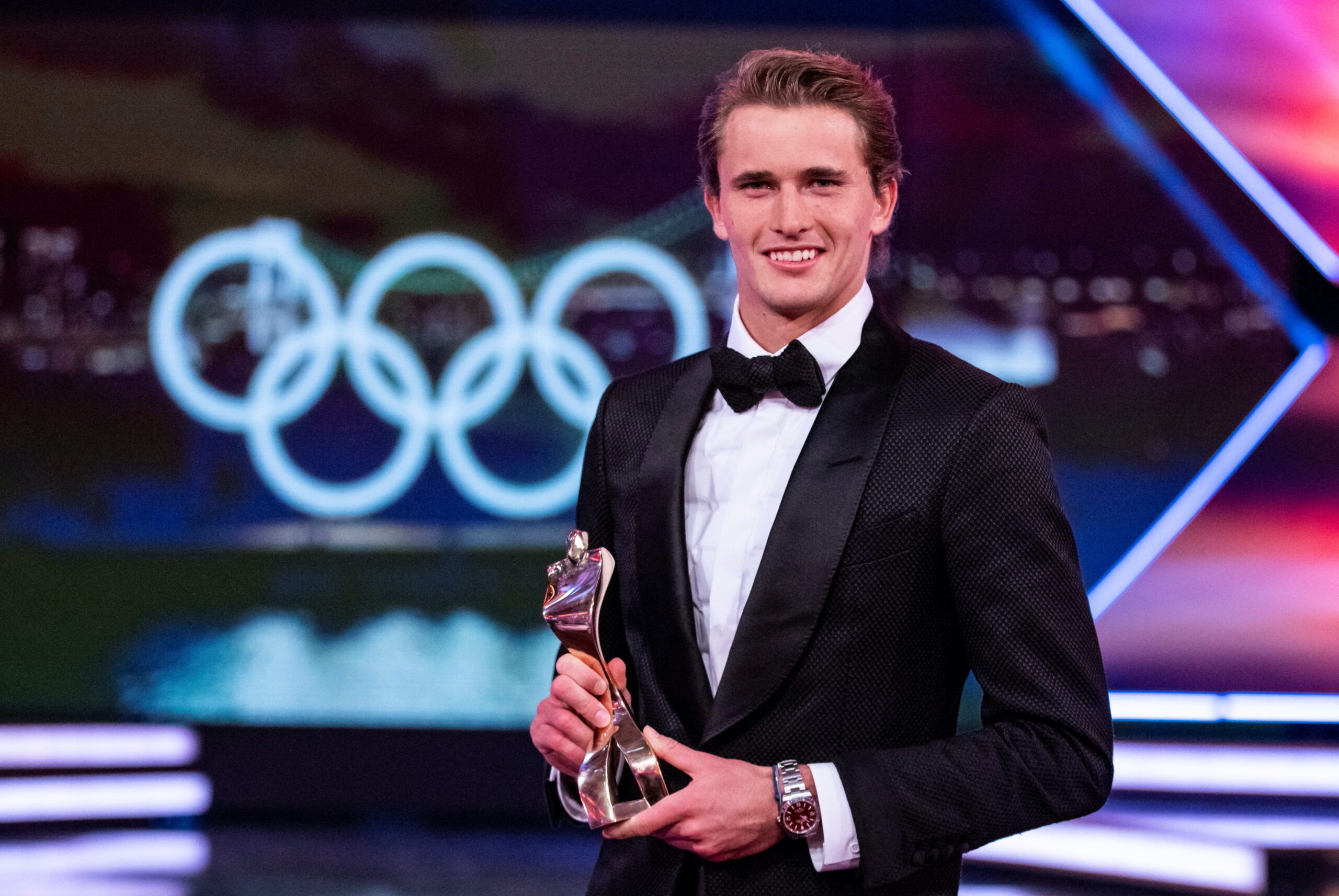 FETED. Alexander Zverev is named the German Sportsman of the Year after winning the Olympic gold in Tokyo.

Facebook Twitter Copy URL
Copied
Tokyo Olympics champion Alexander Zverev has set the bar high for himself ahead of the 2022 season as he aims to win his first Grand Slam and targets the No. 1 spot in the world rankings

Olympic champion Alexander Zverev is confident a changing of the guard is almost complete in men’s tennis with next year’s big silverware likely to be shared between Novak Djokovic, Daniil Medvedev, and himself.

Germany’s Zverev beat Djokovic en route to gold at the Tokyo Olympics and then ended the year by winning the ATP Finals title for the second time.

Djokovic won three of the year’s Grand Slam titles, but his old rivals Rafa Nadal and Roger Federer failed to add to their collections with the trio tied on 20 majors each.

World No. 2 Medvedev beat Djokovic in the US Open final, while Zverev also reached two Grand Slam semis this year.

Heading into the new season Federer, 40, is still recovering from knee surgery, while Nadal, 35, is in the early stages of his comeback from a foot injury.

“I think next year could be very similar to the last six months from this year,” Zverev, named German Sportsman of the Year this week, told Eurosport Germany’s Das Gelbe vom Ball podcast.

“Before, there used to be always talk about Nadal, Federer and Djokovic – now the big titles were the Olympics, US Open, Turin (ATP Finals), and Wimbledon, and they were all won by Medvedev, Djokovic and me. I don’t expect it to be any different next year.”

Zverev ended the year ranked No. 3 and believes the No. 1 spot is a viable target.

“I know I’m not far away from it, but for that, I also have to win tournaments and Grand Slams,” he said.

Theoretically, the 24-year-old Zverev could become No. 1 if he wins the Australian Open and Djokovic misses the tournament because of its COVID-19 vaccine stance.

“The situation with Novak and Australia is still a big question mark,” he said. “Of course, I hope that he will be allowed to play, that’s very clear.”

“There are thousands of mathematical calculations, if he doesn’t play Australia and I win the Australian Open, then I’m No. 1 in the world and so on and so forth.”

“At the end of the day, now is not the time to think about (being No. 1), now is the time to prepare as best as you can so you’re physically able to play for it.”

Zverev’s failure to capture a Grand Slam has surprised some, but he is now a consistent threat at the biggest events after initially struggling to show his best at them.

“I’ve become much calmer. I’m also getting older. I’m not 18 or 19 anymore. I understand maybe a bit more things about life and understand that you just have to keep calm in important situations,” he said. “That has had its effect on me this year.” – Rappler.com