Jul 30, 2015 11:26 AM PHT
Victor Barreiro Jr.
Facebook Twitter Copy URL
Copied
FireChat private messages are encrypted end-to-end, meaning the sender and recipient are the only people who can read the private messages sent and received 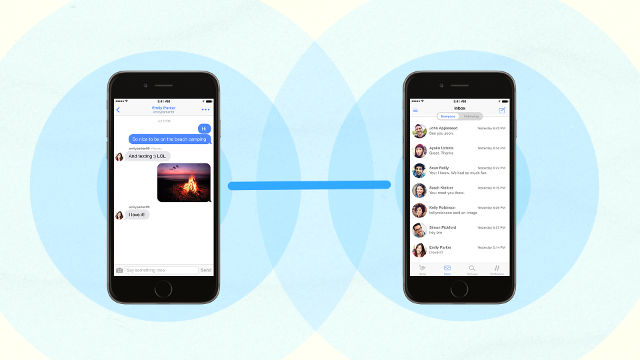 MANILA, Philippines – If you need to privately message someone but don’t have Internet access or cellular phone coverage available, Open Garden has a solution for you: off-the-grid messaging on FireChat.

In addition to sending public chat messages, FireChat now has a function that allows users to send private messages through a peer-to-peer mesh network. Leave your WiFi and Bluetooth on and send your message, and FireChat will transmit the message from phone to phone till the message reaches its intended destination.

In a statement, Open Garden added that unlike traditional networks or Google and Facebook’s attempts to expand the Internet through satellites, drones and balloons, the FireChat networking model “does not require capital and scales infinitely.”

FireChat is available now via links to Google Play and the iOS App Store on its website. – Rappler.com