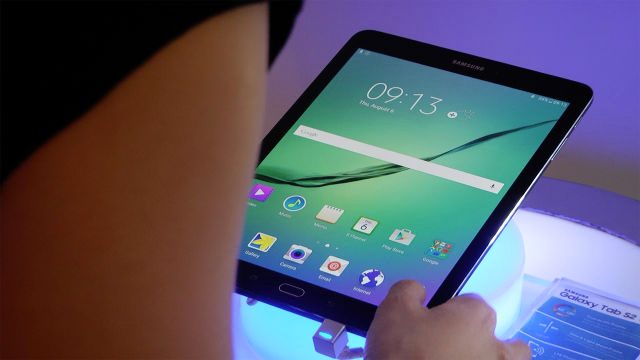 MANILA, Philippines – Samsung Electronics on Thursday, August 6, showed off the Galaxy Tab S2, which the company touts as its most immersive Samsung tablet to-date.

The two tablet versions run on similar specs, with a Quad 1.9GHz + Quad 1.3 GHz, Octa core processor, 3GB of RAM and 32 GB of internal memory. Both will support microSD cards up to 128GB. Meant for superior viewing of videos and reading of digital media, Galaxy Tab S2 units feature Adaptive Display functionality, allowing the displays to auto-adjust gamma, saturation, and sharpness based on the application, color temperature of the viewing environment, and ambient lighting.

There’s also a reading mode, which modifies screen brightness to help users read for longer periods of time without eyestrain.

On the camera side, the two will take advantage of an 8 megapixel autofocus rear camera and a 2.1 megapixel front camera.

General use features include a fingerprint scanner for easy authentication, streamlined device management options and a Smart Manager to quickly get to those device settings, and anti-malware software. The tablets also come pre-loaded with Microsoft Office Solutions for those looking for mobile productivity. 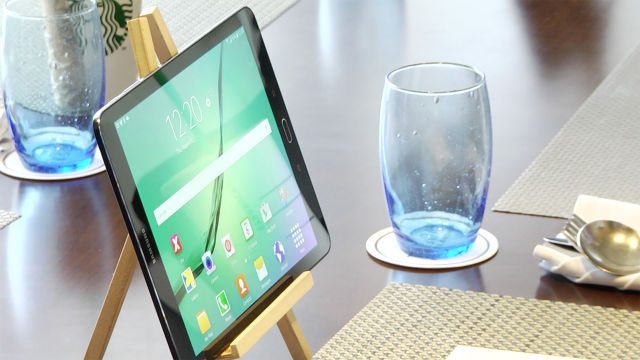 Those who purchase a Galaxy Tab S2 from August 22 to December 31 will also get exclusive free items worth up to P3,000, including a free book cover, a 3-month subscription to video-on-demand service iFlix, and a Smart prepaid sim with 5 free hours of mobile data valid for 2 days (every month for 6 months). – Rappler.com