Aug 31, 2015 11:30 PM PHT
Agence France-Presse
Facebook Twitter Copy URL
Copied
The site's parent company says a news site made 'incorrect assumptions' on some of the leaked data of its affair-seeking clients, leading it to overstate damage that the scandal has inflicted 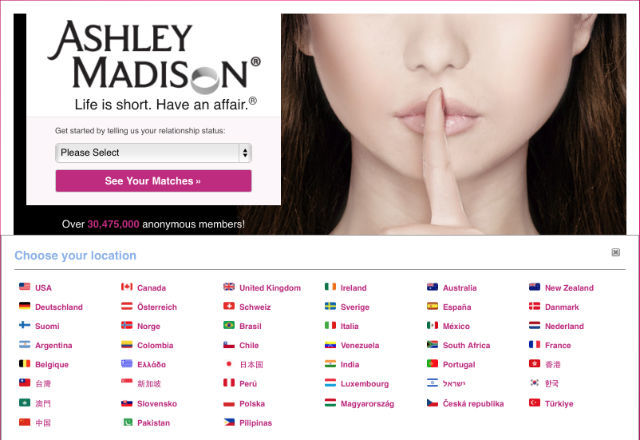 OTTAWA, Canada – Ashley Madison, the embattled website catering to affair-seeking clients, on Monday, August 31, rejected predictions that it will soon be forced to shutter its operations, saying its troubles have been “greatly exaggerated.”

The site’s parent company Avid Life Media said in a statement that – far from facing imminent demise after hackers released its members’ emails and account information – the company actually is growing.

The firm said news site Gizmodo “made incorrect assumptions” about some of the leaked data, leading it to overstate damage that the scandal has inflicted on Ashley Madison – as well as underestimating the number of women who used the site.

“This reporter concluded that the number of active female members on Ashley Madison could be calculated based on those assumptions. That conclusion was wrong,” the statement said.

Avid Life Media said the male to female ratio of its clients is 1.2 to one.

Gizmodo looked at the data and said it showed little if any activity from the purported 5.5 million female members of Ashley Madison, who were online with an estimated 31 million male subscribers.

It concluded that the vast majority of profiles of women on Ashley Madison were fake, or created by automated “bots.”

Gizmodo traced many of the IP addresses for females back to Ashley Madison itself.

The most popular female last name on the site also matched the name of a former employee. – Rappler.com