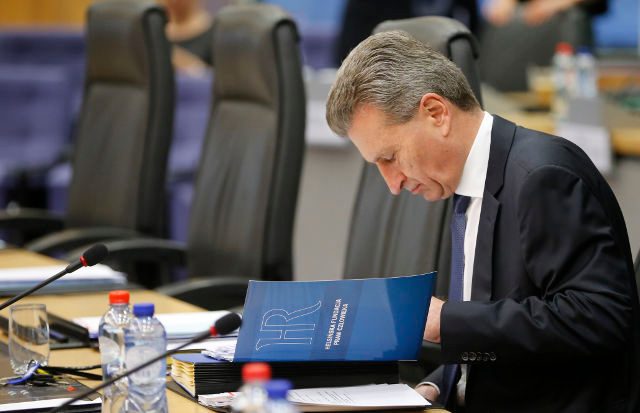 BARCELONA, Spain – The European Union and Brazil signed an agreement Tuesday, February 23, to cooperate on developing ultra-fast 5G mobile networks, aimed at massively speeding up Internet connections on either side of the Atlantic.

The agreement signed in Barcelona by EU Digital Commissioner Guenther Oettinger and Brazilian Communications Minister Andre Figueiredo sets out goals on common 5G standards and research as well as timeframes for introducing the new technology.

“Neither Europe, nor Brazil can afford to lag behind in the digital era. With today’s agreement we have notably committed to cooperating on the take-up of 5G in so-called vertical industries such as transport or energy,” Oettinger said in a statement after the signing at the Mobile World Congress, the world’s biggest mobile fair.

In a joint statement, Brazil and the European Commission said communications infrastructure was “the backbone of the future digital economy and society, creating more and better jobs, and contributing to a sustainable economic growth” in both the Brazilian and EU economies.

Lightning fast 5G networks are seen as central to the development of the Internet of Things, a growing array of intelligent web-enabled objects used in everyday life.

By delivering data at much faster speeds 5G networks could enable services such as driverless cars and remote surgery — whereby a surgeon performs an operation remotely with the aid of a robot — and allow customers to experience video and virtual reality with greater ease.

The International Telecommunication Union (ITU), a UN agency which works on interconnection among global carriers, said its member countries had approved a plan detailing how to harmonise standards for 5G, with the rollout expected for 2020.

Besides Brazil, the EU has also signed agreements on 5G cooperation with China, Japan and South Korea.  – Rappler.com