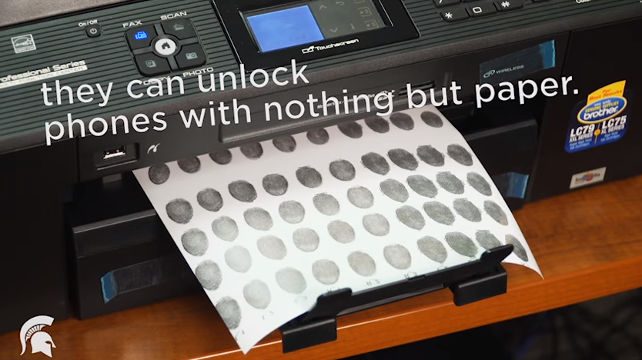 MANILA, Philippines – Researchers Kai Cao and Anil K. Jain of the Department of Computer Science and Engineering at Michigan State University have found a new way to spoof fingerprints and trick smartphones into unlocking their secrets.

A March 6 report from Softpedia outlined a February 19 technical paper by the two explaining the process as it related to the accessing of a Samsung Galaxy S6 and a Huawei Honor 7.

After getting the fingerprint required to unlock the phone and scanning it at 300 dpi or higher resolution, the fingerprint can be mirrored and printed on the glossy side of AgIC special paper.

The fingerprint spoofs can then bypass the fingerprint authentication on the phone, though apparently with varying degrees of success depending on the phone. According to the researchers, “the Huawei Honor 7 is slightly more difficult to hack (more attempts may be required) than Samsung Galaxy S6.”

It is supposed to be easier and faster than a previously known method of spoofing fingerprints, which involves photographing the fingerprint of the user, printing it on a transparent sheet with thick toner setting, and then making the fake print using latex milk or white wood glue. – Rappler.com