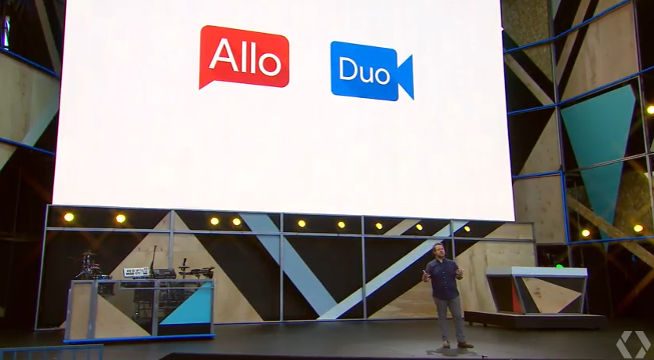 MANILA, Philippines – Google announced a new messaging app and a new video calling app during its keynote at Google I/O on Wednesday, May 18 (May 19, Manila time).

Dubbed Allo, the new messaging app leverages the power of machine learning by incorporating Google Assistant into it.

To begin with, Allo’s sign in is Google-optional: you simply inputting your phone number and then choose to connect your Google account if you feel like it.

Eric Kay, director of engineering for communications products added in his speech that there were a number of different innovations with Google’s Allo messaging app. Allo’s stickers are commissioned from artists with an emphasis on diversity to allow for a more worldwide appeal for stickers.

Photos and videos are meant to be shown and shared in messages, with users able to draw on photos sent through the app. One additional trick of Allo, called WhisperShout, lets users enlarge or shrink text before sending so users don’t need to use capitalization to emphasize anything.

The biggest feature of Allo however, is the integration of machine learning – via Google Assistant – into the messaging app.

Users can converse with Google to ask questions of it from within the messaging application. The app will also suggest responses you can quickly tap and send based on the context of the conversation that is happening or the photos and videos that are being sent.

Duo, meanwhile, is a new video calling application from Google.

Coming in at around 5MB in size, Duo is supposed to be a fast, agile app, optimized for speed and latency, meaning that it should work on less reliable connections.

The app will also be reportedly be able to seamlessly switch to and from Wifi and cellular without the call dropping.

Duo also comes with a new Premiere feature on Android. Premiere lets you see live video of the person calling you on your lock screen before you answer the call. Answering the call just instantaneously enables the Premiere mode to segue into one-to-one video calling.

Allo and Duo will be available on Android and iOS in the summer. – Rappler.com