Samsung unveils the Galaxy Note7, to launch in PH on August 20 Facebook Twitter Copy URL
Copied
(UPDATED) The Galaxy Note7 is set at a P39,990 price point and comes to the Philippines in Onyx Black or Gold Platinum

MANILA, Philippines (UPDATED)  – Samsung at its Unpacked 2016 event on Tuesday, August 2, showed off the latest in its Note series of smartphones: The Galaxy Note7.

The Galaxy Note7 also allows 64GB of storage space, and is expandable up to 256GB with the aid of a microSD card.

The Galaxy Note7 also uses a Dual Pixel 12-megapixel rear camera, and a 5 megapixel front camera, both with F1.7 aperture. 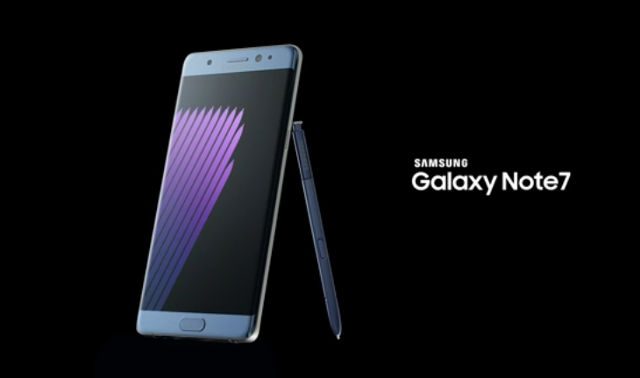 Samsung’s new smartphone has a couple of features that also make it stand out. It has a water-resistant body and S Pen, with an IP68 rating.

The device is coupled with Samsung’s security platform, known as Samsung Knox, for biometric authentication.

A Yugatech report added that Samsung’s Galaxy Note7 will launch in the Philippines on August 20. It has a suggested retail price of P39,990 and comes in Onyx Black or Gold Platinum. Those who pre-order from August 6 to 15 will get a Gear VR for free. – Rappler.com